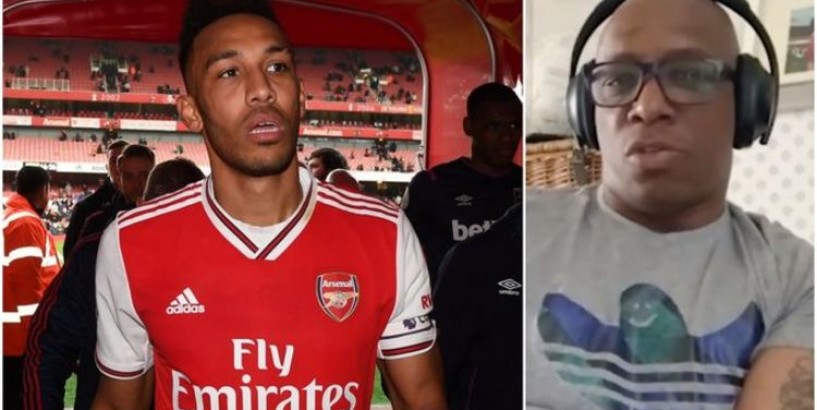 Arsenal icon Ian Wright admits Pierre-Emerick Aubameyang cannot be criticised if he wants to leave the club in order to win silverware elsewhere. The Gabon international's future is still no clearer with a little over a year remaining on his current contract. Related articles 'Wrong Thomas' - Arsenal fans send message to Arteta over Lemar move

Aubameyang is seen as unlikely to put pen to paper on an extension but the coronavirus pandemic has thrown up an extra dilemma for cash-strapped Arsenal.

The Gunners have limited funds and were expected to sell Aubameyang in order to raise funds for Mikel Arteta but the COVID-19 crisis is set to have a major impact on the transfer market.

Very few clubs are expected to pay big fees and beforehand a £50million price tag had been bandied about with speculation about Aubameyang's future - a fee surely now impossible given his contract situation.

Arsenal are likely to either sell the striker this summer or keep him for another season and let him leave on a free in 2020, which would be hugely damaging to the north Londoners given he is their most valuable player both on the pitch and in terms of transfer value. Arsenal legend Ian Wright makes honest Pierre-Emerick Aubameyang transfer admission (Image: GETTY)

Yet Wright, who was similarly prolific for the Gunners as Aubameyang, admits that if the 30-year-old does push for an exit, he wouldn't blame him.

"I hope so," he told SPORF when asked if he thinks the pacey frontman will stay at the Emirates.

"But if I’m gonna sit here and speak about Aubameyang at the stage of his career that he’s at, maybe wanting to win things, maybe one last chance and people are saying that Real Madrid are sniffing around him.

"He’s somebody with the way he’s scored goals in his career, he probably wants something to show for it… I know he’s won stuff in Germany.

"But if he did [leave]… if he was somebody that was tempted away, I’m not sure that people could really fault him at this stage because you look at Arsenal and the current plight, you have to say we’re going through a transitional period, coming off of Wenger, coming off of Unai Emery and now getting the coach that I believe is going to take us to the promised land. Trending

"It depends totally on whether Aubameyang has the patience to wait for this to kick in but if he didn’t I’m not sure at his age what people could say, he’s somebody that deserves to be playing at a level where he’s able to win things. READ MORE Arsenal plotting Lacazette swap deal for £53m Atletico Madrid star

"Depending on his ambition, his people around him and what they’re saying to him, how much he loves the club – and I know he loves the club immensely – you have to pray that’s going to be enough for him to stay.

"But I’m not gonna sit here and say anything other than I wish him all the best with what he does but I pray to God he stays at Arsenal."

"Arsenal can’t keep losing players on a free. To be honest, I still can’t believe we’ve again got a top player, our captain, going into the summer only having one year left on his contract.

"For me, it has to be sorted when he gets to two years. Last summer he should have signed a deal or been sold.

"Because when you get down to one year left, in a player’s mind there is a difference.

"If I was Aubameyang and I knew I only had one year left, I would sacrifice one year of my career to go on a free and get paid a ridiculous amount of money and have all the clubs in the world chasing me. Who wouldn’t?

"It should be sorted at two years. You should not let a player end up with a year left on his contract, especially a player like Aubameyang.

"It’s not right. I just think players are playing on it, they keep letting negotiations drag on and the next thing you know, he’s just got one year left.

"And now, how much are we going to sell him for with one year left?

"Arsenal are in the worst position you can imagine again because you’ve got a top quality player who assures you of 20-25 Premier League goals a season who is one year away from leaving on a free.

"Or, he gets sold to Barcelona or Real Madrid and for what? How much can you expect for him now?

"Nothing compared to what if you’d sold him last summer. They could have asked for £100million." Related articles