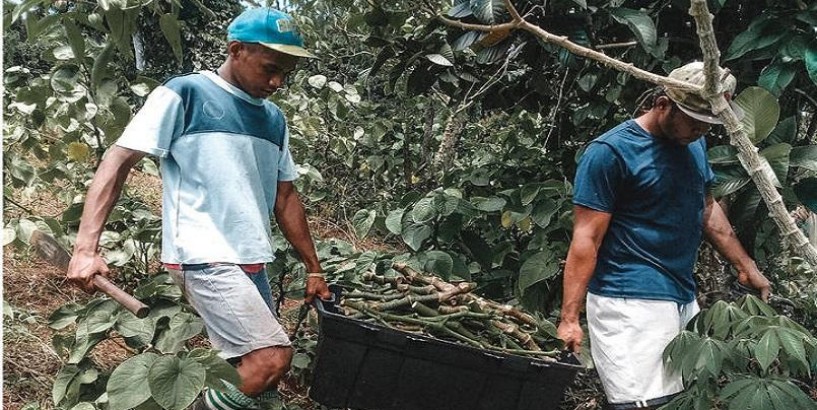 Fiji's new kava tissue culture laboratory - the world's first - is expected to bring Fijian kava to the forefront of the export market.

Company founder Zane Yoshida said the new facility would standardise and improve the quality of kava in the country.

With increased demand from Europe and the United States, Fiji must explore every opportunity to protect kava as a true Fijian product, he said

Mr Yoshida, who hails from Levuka, said the mass production of disease-free kava plants with desirable traits would take place at the laboratory.

"The key things that we want to focus on from the lab is to ensure that we have a sustainable supply chain," he said.

"So sustainability, disease-free kava plants that we use as inputs into our various products... Particularly with traits that we believe have desirable effects for the treatment of anxiety, for sleeplessness and muscle relaxation."

Mr Yoshida, who is based in Brisbane, said nobody had applied kava tissue culture research commercially before.

"When we started the venture years ago, we realised there were some issues with the availability of planting material," he said.

"Some of the agribusiness experts that we were working with made recommendations to consider tissue culture as a means of filling that gap with our supply chain.

"And also to ensure that we have disease-free plants with kava plants are also affected by cucumber mosaic virus or kava dieback disease."

He said the new facility cost $AUD60,000 with the initial research jointly funded by FijiKava and the Australian centre for agriculture research program.

Mr Yoshida said he was also looking to move to clinical trials.

"And from a standardisation perspective, it's very important for the company to have consistency and replicability of effect with our products."

FijiKava's products, including the Taki Mai brand, have been launched in Fiji across various retail outlets as well as online in Australia.

"We looking at complimenting our product range in Australia, New Zealand and the US shortly with 30-pack capsules, 60-pack capsules as well as 90-cap capsules.

"And increasing that product range to include tea bags, liquid-flavoured shots, and instant powders that we produce in Levuka."

Mr Yoshida said there was a surge in demand for kava and kava bars in the US and that "kava farmers are poised to benefit".

He said the Fiji Kava Bill, once enacted, would allow the Fiji Kava Council to regulate the cultivation, processing, transportation and marketing of kava.

It said Fiji kava exports were growing at an average of 32 percent a year, driven largely by demand from the US and New Zealand.

The research found the two countries combined accounted for 75 per cent of the value of all exported Fijian kava.

"The United States is experiencing a strong uptake due to the growing trend of consuming kava socially as an alternative to alcohol, whereas New Zealand has a strong Pacific Islander population that consumes kava," Pac Partners said.

Mr Yoshida said his company was working with more than 200 growers.

His new facility has four technicians and there are over 40 other people employed at the company's processing plant on Ovalau, he said.

"We hope to increase that as we grow particularly at the grassroots level and launch into various international markets," he said.

"We are looking at partnering with many more growers for a more commercial relationship."

The government announced at Friday's launch of the lab that it was looking to restructure the industry, Mr Yoshida said.