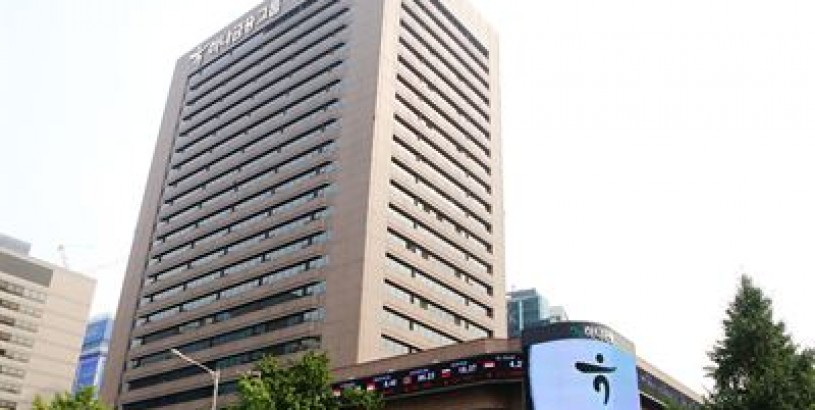 Amid a deepening dilemma over an interim dividend payment, Hana Financial Group announced earlier this week that its book closure date ― the day when a company determines the list of shareholders to receive dividends ― will be June 30.

The notification of the closure date is tantamount to a dividend announcement, as only new investors buying the stock for the two trading days prior to the book closure date are entitled to receive the dividends, or the book will be closed to them.

Since 2005, the financial group has paid out interim dividends every year, except 2009 when the global financial crisis hit the economy hard.

However, a company official said the announcement itself doesn't necessarily indicate the group has made a final decision to pay out the interim dividends.

The main reason for the financial group's equivocal response about the interim dividends is that the financial authorities recommended the nation's financial companies refrain from distributing dividends and set aside a reserve for difficult times in the second half.

"We cannot order commercial firms to suspend dividend payments. What the FSS asked the financial companies back in April is that the firms refer to various cases in other countries … where global banks and financial institutions join the authorities' policy directions to secure one's own capital as much as possible, as they function as a buffer in cases of crises," an official from the FSS explained to The Korea Times.

In late March, the European Banking Federation (EBF) announced that they would acknowledge the European Central Bank's recommendation on dividend distribution that banks should not pay dividends until at least Oct. 1 this year, in order to keep a total of 30 billion euros of additional capital within the system.

In the U.K., major banks including HSBC, Santander, Standard Chartered Bank and Barclays announced that they will not pay out dividends in 2020, after the central bank's Prudential Regulatory Authority (PRA) urged British commercial banks to preserve more capital to support the economy during the COVID-19 pandemic.

In the U.S., eight major banks, including JP Morgan Chase, Bank of America, Citigroup and Goldman Sachs, said they would continue paying dividends. Yet companies that received government support through the Coronavirus Aid, Relief and Economy Security (CARES) Act ― are required to suspend dividend payments for a while.

"It seems Hana's case remains in a grey zone, unlike cases in Europe or the U.S, where they have clear legal or binding grounds for suspending financial companies' dividend payouts," said Nam Gil-nam, research fellow at Korea Capital Market Institute.

"However, the issue could be seen as an extension of discussions of possible conflicts of interests," the researcher said, explaining that it could be a burdensome issue in Korea, as it raises questions like: would it be appropriate that a financial firm could gain private benefit when the government uses a massive amount of taxpayers' money to revive the economy?"

Kang So-hyun, a research fellow at the same institute, said, "In principle, shareholders are the owners of a corporation. However, there are lingering uncertainties due to COVID-19 pandemic. Then a financial firm's priority could change according to each firm's financial soundness and capital assets and the impacts from the market."

The researcher added, "While it is totally right in principle that shareholders' profits should be prioritized, a company also needs to maintain itself to be fully capable of responding to any sort of threats."