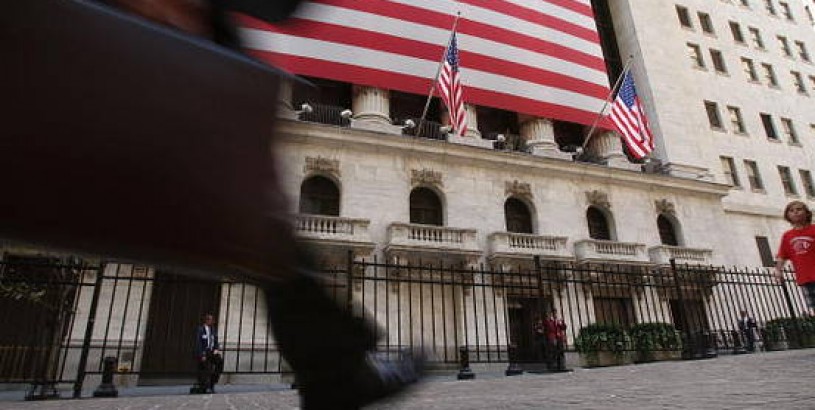 Uncertainty on Trade and Brexit Lift, and So Do Stocks

Christmas came early for the stock market, as many of investors’ wishes for greater clarity in a highly uncertain world were granted.

The phase-one trade deal with China, which originally looked close to being done on Oct. 11, finally was reached in principle on Friday. Expectations of the agreement helped to lift the S&P 500 and the Nasdaq Composite indexes to records on Thursday, which were fractionally exceeded on Friday. The Dow Jones Industrial Average ended the week 0.1% shy of its record reached just before Thanksgiving, however.

The pact’s details weren’t as important as what the agreement stopped from happening: the imposition of new tariffs on Chinese goods that had been set to take effect on Sunday, Dec. 15. That could have rattled Wall Street. While the consensus among market participants had been that the administration would stop the levies at the 11th hour, President Donald Trump’s tweet on Thursday that a deal was at hand dispelled doubts that it actually would happen. The agreement’s actual components, which featured the purchase of U.S. agricultural goods, appeared underwhelming.

“But the details aren’t as important for the White House as the stock market, which continued its astonishing 2019 rally yesterday, largely based on a sense that predictability will emerge for U.S. farmers and businesses that rely on China trade,” wrote Greg Valliere, chief U.S. strategist for AGF Investments , in a client note on Friday.

“Investors should not overthink what is being agreed,” a research note from Strategas Research Partners Washington research team, led by Daniel Clifton, added. The proposed deal would result in a net swing of $62 billion in tariffs next year, or 0.3% of gross domestic product. That consists of $45 billion in threatened new tariffs, now cancelled, plus a $17 billion reduction in existing tariffs in 2020 from what was levied in 2019. Beyond the numbers, the biggest gain is increased certainty for business, the Strategas analysts agreed.

Newsletter Sign-up Other uncertainties that were swept away involved British politics. The landslide victory by Conservatives led by Prime Minister Boris Johnson means that the withdrawal of the United Kingdom from the European Union voted 3½ years ago finally will proceed. The vote provided a big lift to the British pound and equities; the iShares MSCI United Kingdom exchange-traded fund (ticker: EWU) jumped 3.4% in the final two sessions of the week. But J.P. Morgan ’s strategists, led by Nikolaos Panigirtzoglou, find little evidence of further pent-up demand for U.K. stocks.

Any lingering concerns about monetary policy on either side of the Atlantic also were dispelled after regular policy meetings by the Federal Reserve and the European Central Bank last week. Both Fed Chairman Jerome Powell and new ECB President Christine Lagarde made clear that policies would remain accommodative, a plus for the bulls. Powell reiterated that it would take a significant and sustained rise in inflation for the U.S. central bank to raise interest rates.

That’s key, since continued low rates provide the ideal environment for equity investors, writes James Paulsen, chief investment strategist at the Leuthold Group, in a client note: “At least for the last 93 years, the opportunity to invest in stocks when the 10-year Treasury yield is below 3% has proved to be a ‘gift’.” (The benchmark note ended the week at 1.82%, down 0.02 of a percentage point.)

More Up & Down Wall Street

U.S. Shale Drillers Are Booming. A Tidal Wave of Debt Could Threaten the Sector. Adding equities to a portfolio when yields are under 3% sharply boosts returns without significantly increasing overall risk, Paulsen finds, based on the record from 1926 to 2019. The volatility of an all-equities portfolio is 40% lower when bond yields are below 3%, he further found, while future 12-month returns were negative only 18% of the time. When bond yields rise to 3% to 4%, however, the risk-reward trade-off for adding stocks is much less attractive, he says.

The biggest winner of the week may be Trump. As James Lucier of Capital Alpha Partners writes, a year from now this may be viewed as a turning point in his re-election prospects, with the putative win on China, a strong economy, and weaker-than-anticipated headwinds from impeachment. And since he’s the stock market’s No. 1 cheerleader, new highs on the major indexes don’t hurt either.