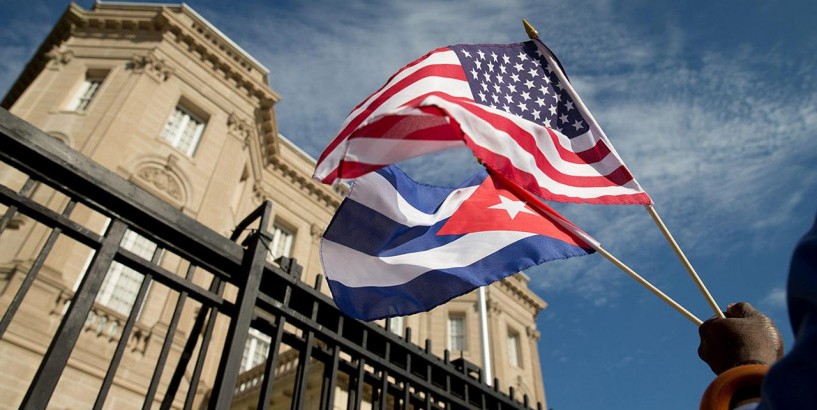 UN condemns US blockade of Cuba; Brazil, Israel join US to oppose

The Cuban Government has been spreading the cancer of communism disguised as "21 Century Socialism" all over Latin America. Exporting their ideology is an attempt to expand their power and political influence, to acquire funds and resources to keep them afloat. They needed to replace income source after the fall of the Soviet Union. This model predicates the people must suffer poverty and indignities in the name of the so called "revolution" while their leaders live in shameful luxury and privilege. There is plenty of money going into Cuba. The tourism industry alone generates millions for its economy, but the Cuban people do not see a dime. This is how it works. A European hotel chain opens a few Hotels in Cuba. The Hotels are property of the Cuban Government and the European (and other nations) share profits with the Cuban rulers. So, the tourist pays $150 dollars a night to stay in a dreamed vacation. All the employees of that Hotel, from the manager to the bell boy make with luck about $20 dollars a month (if they are lucky). Tourists are given a sanitized version of Cuba. And while the tourist enjoys the comfort and luxury (and so do the top leaders of the Cuban Government), the rest of the people, living in extreme poverty far away from these "luxury centers" must fend for themselves. So, I for once agree. The US and Israel (and Brazil for now) have a clear understanding of what is going on. I just hope we get the balls one of these days to invade Cuba and Venezuela..