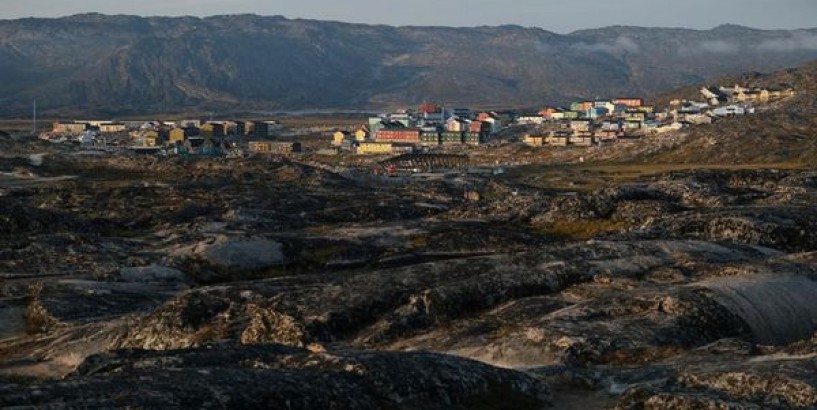 Trump Might Want to Buy Greenland But His Nemesis, China, Is There Before Him

The U.S. President, Donald Trump, has reportedly suggested the purchase of Greenland from the Danish Government, but if that's correct he'll find that China has staked out a claim already, and in a commodity the U.S. needs, rare earths. China's interest in Greenland can be found through an Australian company of the same name, Greenland Minerals, which has Shenghe Resources Holdings as its largest shareholder with a 11% stake.

ILULISSAT, GREENLAND - AUGUST 03: Houses stand on August 03, 2019 in Ilulissat, Greenland. As the Earth's climate warms summers have become longer in Ilulissat, allowing fishermen a wider period to fish from boats on open waters and extending the

Getty Images Shenghe is a leading producer of rare earths in China and has acquired its stake in Greenland Minerals as a future potential source of the elements which find their way into multiple technologies, especially electric motors, as well as certain military applications such as rocket guidance systems.

The Australian company invited Shenghe to invest after it struggled to generate significant support in its home base or in Europe or North America, partly because the original plan for Greenland Mineral's Kvanefjeld project was as a source of uranium.

From Uranium To Rare Earths

Over-supply and low prices saw Greenland switch focus from uranium to the rare earths in the same ore-body which is located in the south-west quarter of Greenland, at one of its closest points to the U.S.

Continued refinement of the exploration and project assessment process has seen the Australian company establish a large resource at Kvanefjeld, enough to sustain an initial mine life of 37 years.

An optimized feasibility completed last month has seen the estimated capital cost of developing the project reduced by 40% to $505 million, with a similar percentage reduction in operating cost.

Greenland Minerals said in its June quarter report that the latest work had confirmed Kavenefjeld as: "one of the most significant emerging rare earth projects globally with a large projected output of neodymium, praseodymium, dysprosium and terbium".

The most important future use of the rare earths at Kavenfjeld is expected to be in electric motors as well as a large number of advanced and strategically sensitive technologies.

EQIP SERMIA, GREENLAND - JULY 31: Meltwater from the Greenland ice sheet reaches a delta near the Eqip Sermia glacier, also called the Eqi Glacier, on July 31, 2019 at Eqip Sermia, Greenland. As the Earth's climate warms summers have become longer in

Getty Images China's dominance of the industry, and threats to impose restrictions on exports to the U.S. has made rare earths a hot topic in the ongoing trade dispute between the two countries.

But, as Greenland Minerals has been trying to find a way to develop its project it also conducted two important meetings that could have been a trigger for the reports that President Trump has suggested buying the island from Denmark.

The first meeting was between Greenland Minerals and Shenge in the head office of The Australian company in the west coast city of Perth where discussions focused on how to move from technical studies to a "commercial strategy and path to market" with the critical question being finding a buyer for Kvanefjeld's rare earths..

The second meeting was with the U.S. Ambassador to Greenland, Carla Sands, who also visited the remote project site where a team from the U.S. Geological Survey had been working with Greenland Minerals.

The timing of the meetings is interesting given the high profile of rare earths in the trade dispute, especially the site visit by the Ambassador, and the recent media reports of President Trump showing an interest in Greenland, even if suggestions of buying the island are fanciful.

What the work of Greenland Minerals demonstrates is that a small Australian company appears to have a tiger by the tail with both China and the U.S. showing interest in the Kvanefjeld project — all the way up to a very senior government level.