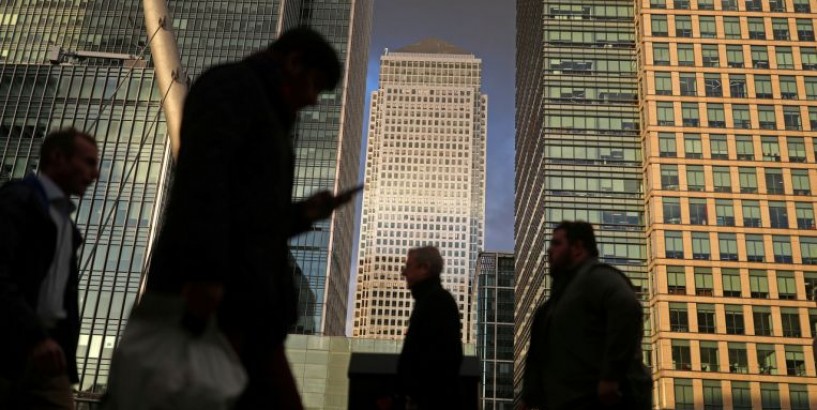 LONDON (BLOOMBERG) - Bankers who waited out Britain's lockdown beyond the UK's borders are being told by their employers that it's time to return.

Unless they leave vacation homes in France or their parents' place in Poland soon, they risk complicating their residency status and, more importantly for a government running up historic peacetime deficits, depriving the Treasury of tax payments. Firms could also become liable for paying into national insurance systems in multiple countries.

While the issue isn't unique to London, the stakes are highest in the UK Financial services contributed £75.5 billion (S$132.3 billion) of taxes in the 2018-2019 fiscal year - about 42 per cent of the healthcare budget, according to data from TheCityUk, a financial-industry lobby.

"Keeping temporary pandemic work arrangements in place for longer than is necessary means authorities may argue it was always intended to be permanent and this may cause tax problems, for both employers and employees," said Nicholas Greenacre, a London-based attorney at White & Case who leads their employment and compensation practice.

Likewise, regulators at the Financial Conduct Authority have indicated to banks in recent weeks that it's time to bring back staff - from traders to sales staff to advisers - who have been working in another jurisdiction for an extended period. Britain locked down in mid-March and has been opening in stages, with pubs the latest to welcome patrons again.

BANKERS' CHOICE Bankers with at least four international institutions have been told in recent weeks to get back to the UK One mergers specialist who has been working out of a second home in southern Europe was told by his employer to return due to concerns expressed by the FCA and tax authorities. Another banker was given the option of returning to the UK or taking leave to stay abroad.

Britain's tax agency, HMRC, didn't immediately respond to requests for comment. A representative at the FCA said that "all firms should ensure that they are capable of being effectively supervised."

Officials at banks in the US, Europe and Japan have discussed the issue internally and asked bankers to come back to the UK. In contrast, UBS Group was among the lenders which didn't let their bankers leave during Covid-19 unless the individuals had specific reasons for it other than wanting to work from abroad. A spokesman for UBS declined to comment.

Financial hubs in Europe and the US are getting ready to welcome workers in the next few months, after offices were closed to slow the spread of the coronavirus. Fears of a second wave have slowed some plans: Citigroup is pulling back on plans for returning employees to offices across the US as coronavirus cases surge in many states.