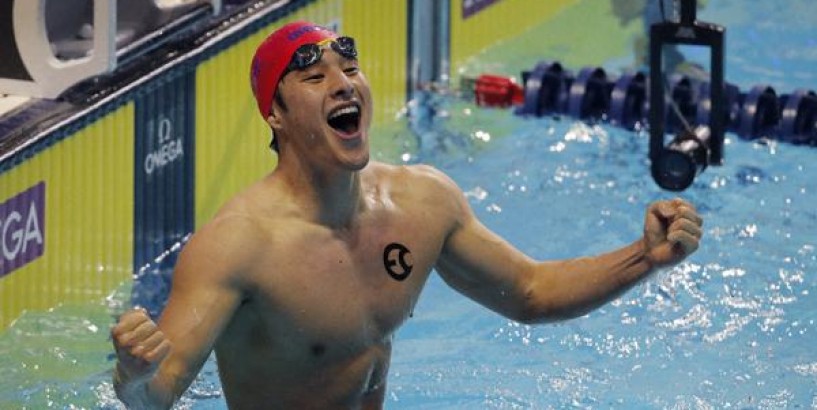 In his ISL debut, the 25-year-old Seto, a four-time world champion, clocked 3 minutes, 54.81 seconds at the Mandalay Bay Hotel to take down American Ryan Lochte's previous record of 3:55.50 set at the world championships in Dubai in December 2010.

"I'm happy to have set a world record in the 400 IM as it's a goal I've been targeting for a long time," Seto said.

"I really wanted this record to boost my confidence ahead of next year's Tokyo Olympics where I want to win a gold medal," he said.

Seto also set a world record in the 200 butterfly final at the short course world championships in China in December 2018.

The ISL is a series of six events leading up to the Dec. 20-21 finals in Las Vegas, where the top four clubs compete. Seto signed with the Europe-based Energy Standard team in late September.