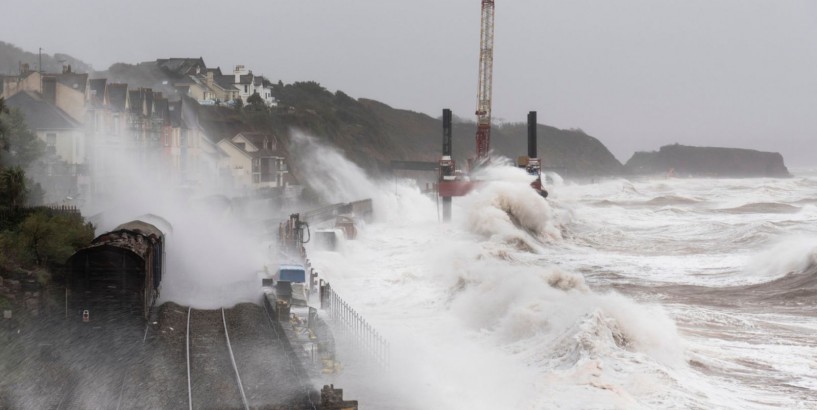 Storm Brendan: Gales of up to 80mph set to batter parts of Britain | UK

Forecasters are warning of strong gales of up to 80mph as Storm Brendan is set to sweep across parts of the UK.

Yellow weather warnings are in place for Northern Ireland, much of the western half of the UK and the northeast of Scotland from 12pm on Monday to midnight.

Coastal routes and communities could be particularly affected by the storm as large waves batter seafronts.

Image: The Met Office has issued two weather warnings for Monday He said: "It's going to be windy across the western half of the UK, with gusts reaching 60-70mph along Irish Sea coastlines, the west of Scotland and perhaps some English Channel coasts - maybe even 80mph in a few exposed places."

Advertisement Mr Saunders said the severe conditions could cause travel disruption, and those in affected areas are advised to take extra care when driving on exposed routes.

Looking ahead to the rest of next week, he said: "It looks like it's going to stay very unsettled with the potential for further disruptive weather in places."

The main A1 road from the English border up to the Edinburgh area was closed to high-sided vehicles for several hours.