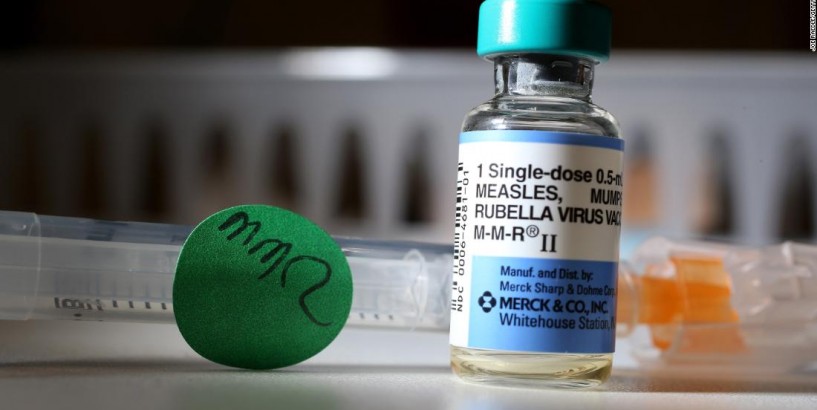 (CNN) Measles can erase the immune system's memory, leaving us vulnerable to diseases we were previously protected against, new research has found.

Two separate studies, published Thursday in the journals Science and Science Immunology, found that the highly contagious and potentially fatal measles virus can cause "immune amnesia," removing antibodies that had protected patients from other illnesses. Researchers from the Harvard Medical School, who led the Science study, examined blood samples from children before and after getting measles. They found that the virus wipes out 11% to 73% of patients' protective antibodies, putting them at greater risk of viral and bacterial strains they were previously immune to. Disneyland guests warned of measles exposure after infected person visits park This means that measles can effectively undo the protection provided by vaccines against other infections like flu or even tuberculosis -- and measles outbreaks can thus cause spikes in other illnesses. "Imagine that your immunity against pathogens is like carrying around a book of photographs of criminals, and someone punched a bunch of holes in it," said Michael Mina, one of the study's primary authors, in a Harvard Medical School press release . "It would then be much harder to recognize that criminal if you saw them, especially if the holes are punched over important features for recognition, like the eyes or mouth." Read More Surviving measles patients do eventually regain these lost immunities -- but they need to be re-exposed to the illnesses to build up those defenses. It's as if you had to meet the criminals missing from your book all over again, one by one -- a long and risky process, during which you remain vulnerable to whatever these criminals want to inflict on you. "The team showed for the first time that measles resets the human immune system back to an immature baby-like state with only limited ability to respond to new infections," said a press release from the Wellcome Sanger Institute, which contributed to the Science Immunology study. Four European countries lose measles-free status as anti-vax movement drives outbreaks The virus can cause fever, cough, watery eyes, and a rash of red spots. These effects are more severe in people that already have more vulnerable immune systems, like malnourished children or those with preexisting immune deficiencies. The studies' findings also emphasize the importance of vaccines. Measles are easily preventable -- one vaccination dose is 93% effective at preventing the disease. Two doses, as recommended by most health authorities' guidelines, make the vaccine 97% effective. The measles vaccine protects the immune system's memory from being deleted by the virus in the first place -- and if a patient gets measles, they may want to get booster shots for all their previous vaccines, like hepatitis and polio, to mitigate the effects of immune amnesia, said the Harvard Medical School press release. Researchers already knew that measles affects the immune system, but these two studies confirm for the first time the mechanisms of immune amnesia. CDC anticipates US will maintain its measles elimination status This year has seen measles outbreaks all over the world, even in places that had previously eliminated the virus. Just a few months ago, the United States experienced its largest outbreak since 2000 , which was so severe experts feared the country would lose its measles elimination status. In August, four European countries lost their measles-free status when the disease made a comeback after being eradicated years ago. These recent outbreaks have been put down to the growth of the anti-vaccination movement, which has spread via social media and discourages parents from immunizing their children against measles and other diseases. Right-wing populist politicians including Italy's Matteo Salvini, who has promoted a bill removing mandatory vaccination for children, have also been influential in pulling the public away from scientific orthodoxy. In the US, outbreaks have largely been among children in the ultra-Orthodox Jewish community , whose parents have refused to vaccinate them.