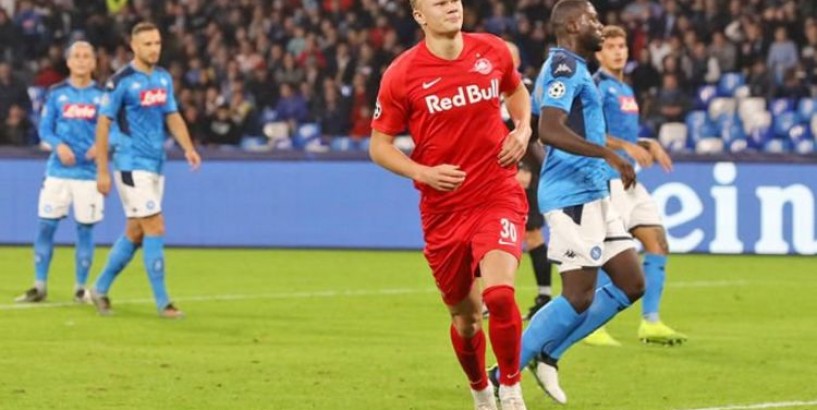 Haaland burst on the scene this season and on Tuesday he scored his seventh goal in four Champions League appearances, which is two more than any other player in the same number of games in the competition’s history.

The 19-year-old’s performances have led to significant speculation about his future and the likes of Manchester United have been heavily linked.

A move to Old Trafford would see Haaland link up with Norwegian compatriot Ole Gunnar Solskjaer, who coached him at Molde.

Related articles Man Utd hatch Christian Eriksen transfer plan for January window Arsenal tipped to sack Emery before Man Utd axe Solskjaer United have scouted the teenager and are ready to spend in January if the opportunities are there.

And speaking in an interview with talkSPORT , former Manchester City ace Alf-Inge opened up about who his son supports and what his future holds.

“He was a Leeds fan and a City fan and a Nottingham Forest fan – he followed me obviously, but that is what you do in your youth,” he said.

“It is different being a supporter and having a job. But he was born in Leeds.

Alf-Inge Haaland has high hopes for his son (Image: GETTY) “At one stage he would like to play in the Premier League , but when that will happen, I don’t know. It is a very tough league.

“Up to now he is ahead of the stage we thought he would be at. He is built for the Premier League, but whether that will happen now or at a later stage, we don’t know.

“He is at Red Bull, a fantastic club playing Champions League so in a way he is in no hurry.

“Red Bull have shown from the past that they are a ‘middle step’ club, and if they are going to recruit players in the future they can’t put a stupid price tag on the players because nobody would want to go there.”

“He has had a huge impact on my life, both as a person and as a trainer,” the teenager told TV2.

“He won the Champions League and was an incredibly good player. He has taught me a lot.”