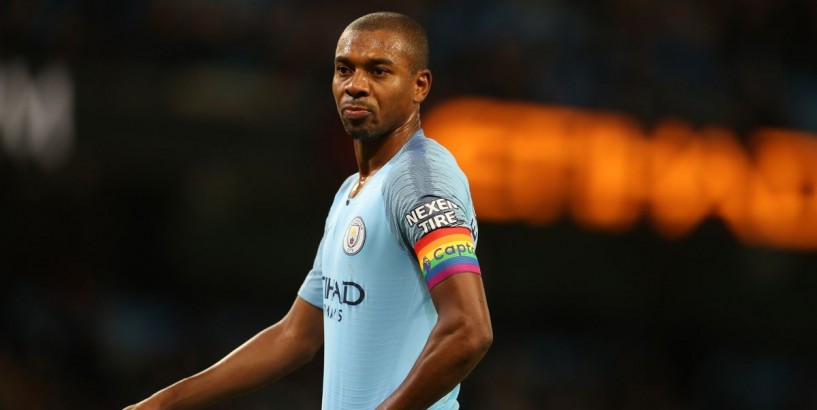 Manchester City's makeshift centre-half Fernandinho is reportedly set to be offered a new deal as reward for his leadership qualities. Midfielder Fernandinho has come to City's rescue this season amid a defensive crisis which has seen centre-backs Aymeric Laporte and John Stones sidelined.

In their absence, Fernandinho has struck up a centre-half partnership with Nicolas Otamendi.

Although the pair were exposed in City's 2-0 defeat to Wolves at the Etihad last weekend, it has generally been recognised that Fernandinho has stepped up to the plate in style in playing out of position.

The 34-year-old Brazilian has also filled a leadership void created by the departure of Vincent Kompany last summer and the knee injury suffered by Laporte against Brighton .

Fernandinho has had to fill in at centre-half with Aymeric Laporte and John Stones injured (Image: Getty Images) Read More Rodri contradicts Pep Guardiola by claiming controversial tactic is taught at Man City Fernandinho's future at City had been thrown into some uncertainty after Rodri - hailed as the Brazilian's successor on his £62.5m arrival from Atletico Madrid in the summer - immediately established himself as a first-team fixture.

But City boss Pep Guardiola has been so impressed by the leadership Fernandinho has shown on and off the pitch that he is ready to offer him a new 12-month deal in the new year, according to The Sun .

The publication says Fernandinho would be expected to take a slight drop in his £120,000-a-week wages.

Fernandinho was first called into defensive action this season against his former club Shakhtar Donetsk, with City winning 3-0 in their Champions League opener as they bounced back from a 3-2 defeat to Norwich.

Pep Guardiola said Fernandinho is 'a clever player and an incredible guy' (Image: AFP via Getty Images) Read More Man City star admits Liverpool are "the best team in England and in Europe" Read More Mirror Football's Top Stories Chevrolet to ditch Man Utd shirt deal Emery set target by Arsenal chief Wenger: Hazard shouldn't replace Ronaldo How Man Utd could line up in January Guardiola said afterwards: "We don't have many choices in defence. Fernandinho is the only one I have. He's a clever player and an incredible guy. He did it well."

Fernandinho revealed afterwards he had been training at centre-back since Rodri's arrival, saying: "I've been training in this position since the start of the season.

"Pep knows all about our squad and team. Today was my opportunity and I hope I can improve more."