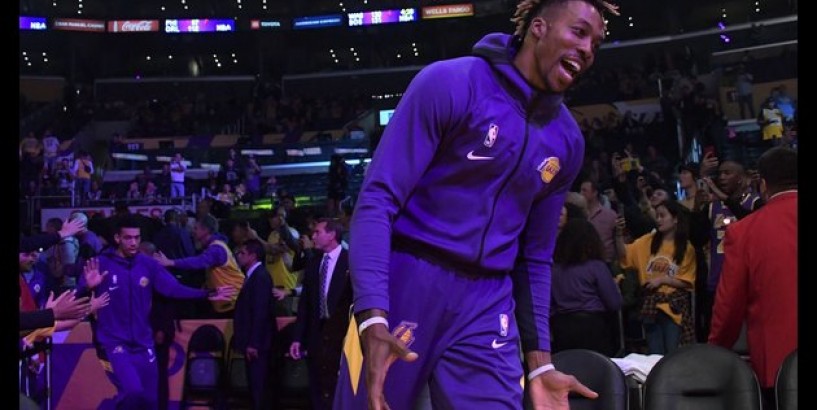 Lakers' Howard: 'No basketball' until reform

The Los Angeles Lakers have their eye on an NBA championship when the season resumes next month, but center Dwight Howard said the team will have to do it without him.

Howard told CNN on Saturday that given the unrest following the death of George Floyd at the hands of Minneapolis police last month that now is not the time for games. Floyd, like Howard, was African American, and Howard said the black community must put itself first now.

"Basketball, or entertainment period, isn't needed at this moment, and will only be a distraction," his lengthy statement began.

It continued: "I would love nothing more than to win my very first NBA Championship. But the unity of My People would be an even bigger Championship, that's just too beautiful to pass up. What better time than now for us to be focusing on our families?

"This is a rare opportunity that, I believe, we as a community should be taking full advantage of. When have we ever had this amount of time to sit and be with our families? This is where our Unity starts. At home! With Family!! European Colonization stripped us of our rich history, and we have yet to sit down and figure us out. The less distractions, the more we can put into action into rediscovering ourselves. Nations come out of families. Black/African American is not a Nation or Nationality. It's time Our Families became their own Nations. No Basketball till we get things resolved."

The NBA intends to finish the coronavirus-interrupted season and the playoffs at the Walt Disney World Resort near Orlando, Fla. Training camp is set to be held July 9-29 before the season restarts July 30.

According to The Athletic's Shams Charania, Irving told more than 80 NBA players on a conference call, "I don't support going into Orlando. I'm not with the systematic racism and the (expletive). Something smells a little fishy. ... I'm willing to give up everything I have (for social reform)."

The 34-year-old Howard is in his 16th NBA season. He is a three-time NBA Defensive Player of the Year and an eight-time All-Star.

His Lakers' teammate, LeBron James, has been a supporter of the return-to-play plan.