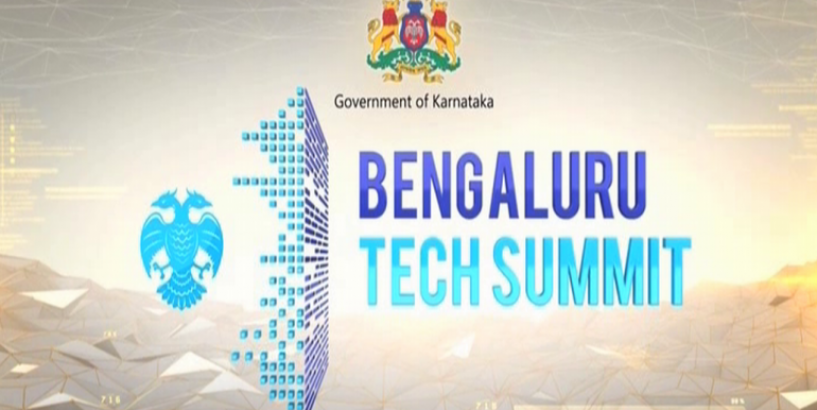 How Bengaluru plans to remain a national and global technology leader

Subir Roy Bengaluru, India’s technology capital, is taking steps to retain its national lead and global significance by propelling forward its technological infrastructure and skills on which its distinction rides. The Karnataka government and different organisations outlined their plans to achieve this end in the just concluded 22nd Bengaluru Tech Summit. The cooperation between government and private initiative laid the foundations for India becoming a global leader in delivering software services. The government in the nineties famously created the setup of software technology parks through which software exports could be delivered without customs hassles. Plus, most critically, the government under the finance ministership of Manmohan Singh exempted software export earnings from corporate income tax. Private business initiative for its part wrote a new chapter by delivering a clutch of professional entrepreneurs who created a new level of governance and stakeholder value that was far ahead of what traditional family-run businesses did. This enabled the software leaders to earn a valuable premium over what the market offered to others. In keeping with this spirit, the Karnataka government announced a new regulatory initiative to mark the summit. It will bring legislation to set up a regulatory sandbox to let technology companies run pilots for new products before these are ready for going to market. This will make the state the first in launching such a sandbox, hitherto done only by national regulators like the Securities and Exchange Board of India. A sandbox allows a company to test its innovative product in real life conditions under a minimal regulatory setup so as to come up with a market ready product. It is like a testing arena which creates real life conditions with a lesser degree of regulation. This will facilitate the journey from being an offshore deliverer of services to the developer of proprietary products. Plus it will help create a regulatory environment in which startups can come up with innovations in the digital mode so as to enable businesses to go digital. To take the idea forward, the Karnataka government has set up the Karnataka Innovation Authority which will set up the regulatory sandbox. It is also seeking to set up a Technology Development Board which will support startups and initiatives in the fields of artificial intelligence, machine learning, moving to the cloud, and the storage, access and assimilation of big data. The whole state government effort is to play a key role in enabling India to deliver $1 trillion in digital value by 2025. The aim will be to treble the value of Karnataka’s digital sector from the current $50 billion to $ 150 billion in five years. Presently, the state accounts for 40 per cent of the country’s IT exports. The key benchmark that sets the bearings for the journey forward is to help Karnataka remain the foremost host for outsourced IT and ITeS (IT enabled services) in the world. Often the first preference of global companies looking for a place to set up IT R&amp;D facilities is Bengaluru which also helps make the country the foremost host for startups in the world. And it is the startups that are the incubators of innovation and tomorrow’s technology. Bengaluru has the third highest number of tech startups after the US’s Silicon Valley and London. How do the industry leaders view the task at hand to go forward? The city has a huge store of two million techies working in IT, ITeS and startups and has to take the lead in creating a global community of networked cities which drive innovation, according to Mohandas Pai, former Infosys CFO and currently chairman of Aarin Capital and Manipal Global Education Services. As a step towards this networking, an MoU was signed during the summit for the Karnataka Hague Innovation Corridor focused on cyber security, agri-tech and health with one leg in Bengaluru and another in the capital of the Netherlands. The country sees a lot of potential in connecting the European and India ecosystems to jointly evolve innovative solutions. There is also a Global Innovation Alliance Market Accesses Program to facilitate exchanges between startups in Bengaluru and other international startup hubs. Bengaluru has nine of the 29 unicorns in the country (a unicorn in this sector is a startup which commands a valuation of over $1 billion) and is ranked eleventh in the Startups Ecosystems Ranking Report by StartupBlink. What Bengaluru can do best to retain its focus as a hub of technology and innovation is to remember the India that surrounds it and invest in technologies that can benefit the poor, feels S Gopalakrishnan, cofounder of Infosys and a former executive vice chairman. With 250,000 bio-scientists, Bengaluru is looking at becoming a global research partner for development of drugs and diagnostics, observes Kiran Mazumdar Shaw, chairman of the Indian biotechnology leader Biocon. More specifically it is becoming an incubator for developing IT-led diagnostics focused on emerging technologies and a research partner for global players in this space. Subir Roy is a senior journalist and author. The views expressed are personal.Get