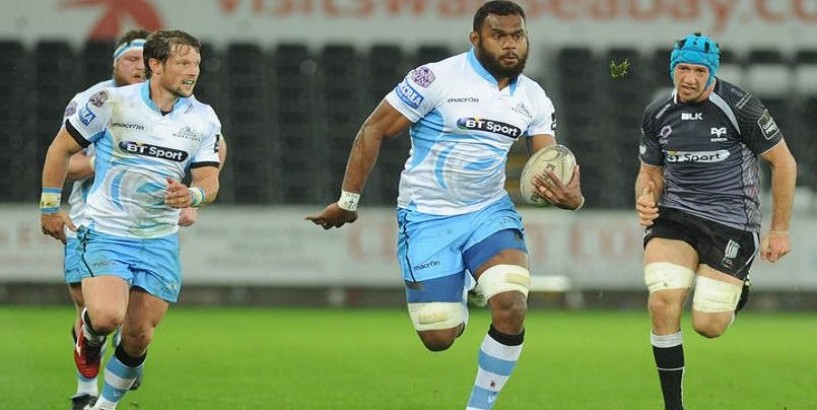 Fiji international lock Leone Nakarawa has returned to Scotland after his dismissal from Racing 92 for returning late to the Parisian club following the Rugby World Cup.

The 31-year-old left Glasgow for the French club in 2016 after making 69 appearances but will re-join the Warriors until the end of the season.

Nakarawa told the club he felt like he never left.

"I feel happy. It feels like I never left the club...I just went for a holiday and then I came back," he said

"Glasgow is my home. I can't forget Glasgow because that is where my professional rugby career started so it's like always in my heart and that's why I always cheer for Glasgow everyday."

Nakarawa said he was approached by other clubs, but after spending Christmas back in Fiji, he wanted to return to his "home away from home" in Glasgow.

"Glasgow played a major role in my professional career so I made the decision to just come back to where it all started."

He said being away from the islands was hard, so it was nice to be around fellow Fijian players Mosu Dolokoto and Jale Vakaloloma.

"Fiji is far away from Europe so having Fijians around it's quite good for us...you can share each others experiences and you can still see each other and spend time together you know and most importantly helping each other."

The Glasgow Warriors play the Exeter Chiefs this weekend in the Champions Cup.