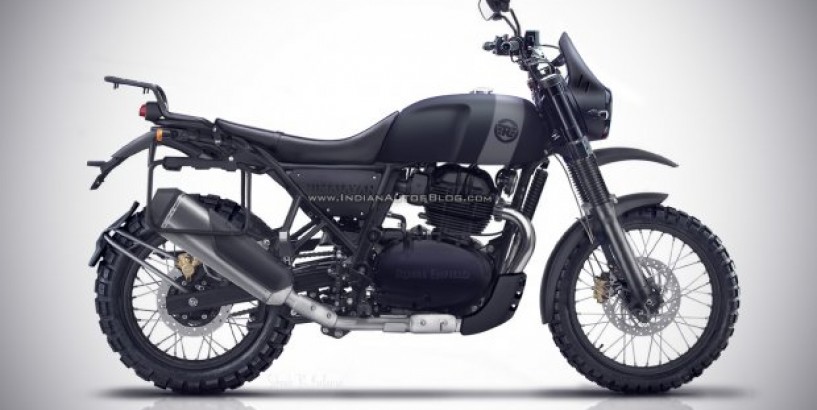 Rumours about the Royal Enfield Himalayan 650 started popping soon after the Chennai-based motorcycle company revealed its all-new 650 at its UK Technical Centre at Bruntingthorpe in 2017. This engine was eventually fitted in the Royal Enfield Interceptor 650 and Royal Enfield Continental GT 650 first. Now, more than two and half years later, those rumours still haven’t found a solid base, and as per according to a new media report, it will be so for the near future.

The Royal Enfield Himalayan is a special motorcycle for the oldest continuous-production motorcycle manufacturer in the world. It is the first and still the only dual-sport bike in the company’s product line-up.

Royal Enfield armed the Himalayan with features that help it to tackle several off-road conditions. The dual-sport motorcycle comes equipped with long 41 mm telescopic front forks with 200 mm of travel. It has a ground clearance of 220 mm and runs on 21-in front and 17-in rear spoke wheels wrapped in knobby tyres. While there are no two ways about the fact that the Royal Enfield Himalayan is a good off-roader, it lacks the punch when ridden on the tarmac.

The Himalayan’s 411 cc, single-cylinder engine provides a good amount of low-end torque but it doesn’t have the energy to pull the bike comfortably to triple-digit speeds and keep it there for long durations. Enthusiasts hoped that, perhaps, the bigger 650 cc engine from the 650 Twins would solve this niggle. Well, it doesn’t seem so.

In a webinar recently, Royal Enfield said that it is currently working to expand its product line-up with performance motorcycles which would suffice to the requirements of the European countries where the legal speed limits are much higher than those in India. However, the company also said that the arrival of a "maxi enduro" in the future is highly unlikely.

The Royal Enfield Himalayan is the first and still the only dual-sport bike in the company’s product line-up.

Royal Enfield said that it will ensure its future products are approachable by all kinds of riders. This hints at the fact that the company wouldn’t use superfluous technologies and electronics in its two-wheelers to keep the costs as low as possible. The brand also clarified that it will stay true to its roots and its new offerings will be in-line with its core values. A high-capacity dual-sport Royal Enfield doesn't seem to be in the pipeline.