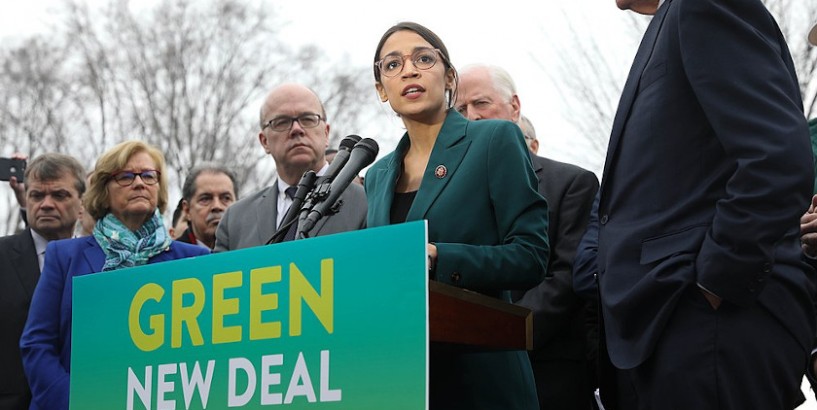 Commentary: Are the State-Led Pandemic Shutdowns a Trial Run for the Green New Deal?

At the height of the state-led COVID-19 pandemic economic shutdowns in April, 25.3 million Americans had lost their jobs as businesses shuttered up and families stayed behind closed doors, waiting for the worst of the virus to pass.

While working from home or being furloughed, millions of Americans stayed off the roads, driving much less and monthly fuel consumption down 47.1 percent in April, according to the Energy Information Agency .

As a result oil consumption fell off a cliff, the price of oil briefly went below zero .

Monthly consumption including of electricity by commercial and industrial sectors during the pandemic was way down, 12 percent and 10.4 percent in April, respectively, according to the Energy Information Agency .

Airlines were largely grounded as travel from Europe and China was restricted nationally by President Donald Trump, with fuel consumption down 45 percent year to date according to the Bureau of Transportation Statistics .

And, sure enough, daily global carbon emissions for 2020 had dropped a dramatic 17 percent by early April compared to 2019 according to a May study published on Nature.com, “Temporary reduction in daily global CO2 emissions during the COVID-19 forced confinement.”

The study notes the impact of government policies in fueling the reduction, with the slowdown in car travel lending to half of the cut: “Our study reveals how responsive the surface transportation sector’s emissions can be to policy changes and economic shifts. Surface transport accounts for nearly half the decrease in emissions during confinement, and active travel (walking and cycling, including e-bikes) has attributes of social distancing that are likely to be desirable for some time and could help to cut back CO2 emissions and air pollution as confinement is eased.”

So, is this a trial run for the Green New Deal?

In the least, I think policymakers and activists on the left are taking notes.

In the very least, the American people should consider the pandemic shutdowns as a major warning. To hit the emissions reduction target this year required the most massive recession since the Great Depression, with tens of millions of jobs lost.

A tremendous slowdown in commercial and industrial activity.

The gutting of the oil industry.

In short, these are some of the most tyrannical and economically destructive policies ever pursued, albeit to stave off the pandemic and save millions of lives, and even then, it was not enough to meet the global emission reduction target.

And now activists worry that everyone’s desire to get back to work and fuel an economic recovery will drive emissions right back to where they were .

Meaning to get where they want, when the Green New Deal gets going, whether in 2021, 2025 or whenever Democrats reclaim the White House and majorities in both houses of Congress will require even greater restrictions on the economy and liberty. It will be a tyranny the likes of which has never been seen in human history. Watch out.

Robert Romano is the Vice President of Public Policy at Americans for Limited Government.

Reprinted with permission from DailyTorch.com