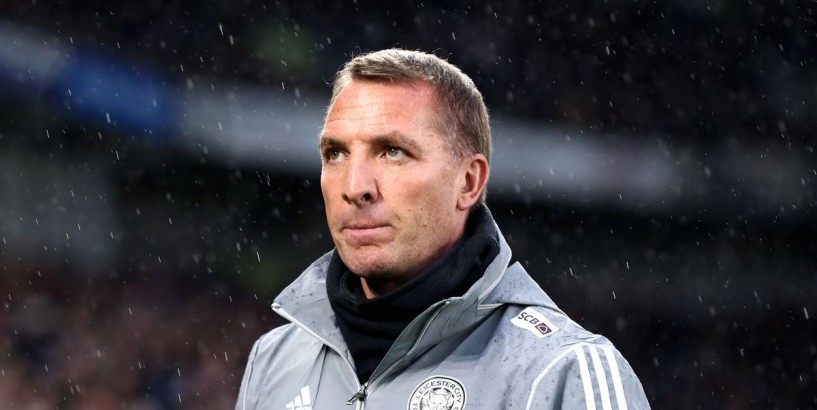 It doesn’t surprise me Brendan Rodgers has been linked with the Arsenal job. I’d be dumbfounded if he wasn’t. But then, nothing should amaze me about football right now.

I’m not exactly shocked that Unai Emery has been sacked – given the impatience in the modern game, it was coming from weeks ago.

Yet I can’t get my head around how he’s taken every single bit of criticism, when there’s been so much aimed from every angle. What about the players?

What about the board? How the hell have they got off so lightly?

All the players need to take a long, hard look at themselves.

Unai Emery doesn't deserve all the criticism for Arsenal's failings (Image: Action Images via Reuters) Brendan Rodgers would walk away from Leicester for Arsenal, claims Andy Gray Josh Kroenke's message to Freddie Ljungberg and Arsenal stars at training ground meeting This team is so far away from those great Arsenal teams of the past, that it ­almost feels like an ­insult.

Where’s the ­character of Patrick Vieira, the class of Thierry Henry?

Where is the collective ­responsibility? It’s like they’ve constructed a team who hide at the first setback, and can't make a decision of their own.

It’s something I’ve ­noticed in recent years – players don’t seem to be able to sort things out themselves any more. They’re so used to taking instructions, to ­following plans and tactics, that if it goes wrong, they’re lost.

How many times have you seen players looking to the dugout when it’s gone wrong? I genuinely don’t want to play that ‘in my day’ card, but ­honestly, I don’t remember us being so lacking in backbone.

Maybe that’s where the board must take the blame too.

For far too long at Arsenal, they put all their eggs in the basket of a new stadium, and didn’t invest in the right kind of player, who could match the past and take them forward.

It was short-sighted. Yes, they needed a new stadium, but you can’t ignore the playing side. They did, and look where they are – the stadium isn’t new any more and the team is miles away from being a top-four side. It’s a team without identity.

Arsenal invested in a new stadium but not in the kind of players they needed (Image: Action Images via Reuters) Arsenal chiefs want Mikel Arteta as next manager - after Ivan Gazidis blocked 2018 move What do they think they are? Do they really still believe they are a top-four club by right? Because if they do, I’ve got some really bad news… you really are not. I believe they need to take a step back and understand where they are.

There are a few clubs in that position. Everton, even Spurs. West Ham. They all have ­different delusions of grandeur, when their reality is very ­different. For Arsenal, they are a club rebuilding, a club ­starting from a low base. And it will take years to sort out.

With that reality, I’m not ­entirely sure Emery should have been sacked. He has to take serious blame himself of course. What the hell was ­having FIVE captains all about? And the mess with Granit Xhaka was inexcusable.

And no matter how lacking in character his squad is, you still have to get the best out of them, and Emery hasn’t.

But he had one of the best reputations in Europe as a manager, and he had a record of developing players, even if he seemed to fail at PSG.

Brendan Rodgers has the personality, the enthusiasm and ability to build in the longer term at Arsenal (Image: Leicester City via Getty Images) Mauricio Pochettino told he is 'in another bracket' to Arsenal And that’s what Arsenal still need. A manager who can build a squad over a number of years, and take them to a stronger position. Like Jurgen Klopp has done at Liverpool. Like Rodgers did there for a time, and he’s doing at Leicester.

Which is why I think he’s a natural to be linked with Arsenal now.

They could go for a quick fix - the likes of Carlo Ancelotti, a top-class manager and brilliant tactician who could sort out this team.

Read More Mirror Football's Top Stories Mourinho hails early work with Alli What Josh Kroenke told Arsenal stars Southgate reacts to Euro 2020 draw Van Dijk heads Liverpool to Brighton win But he’s not long-term, he’d be there a couple of years max. And I think he’s a continental manager, not a ­Premier League one, with the personality required.

Rodgers has that personality, the ­enthusiasm, and ability to build in the longer term.

And that’s why he’d be the best choice for them.