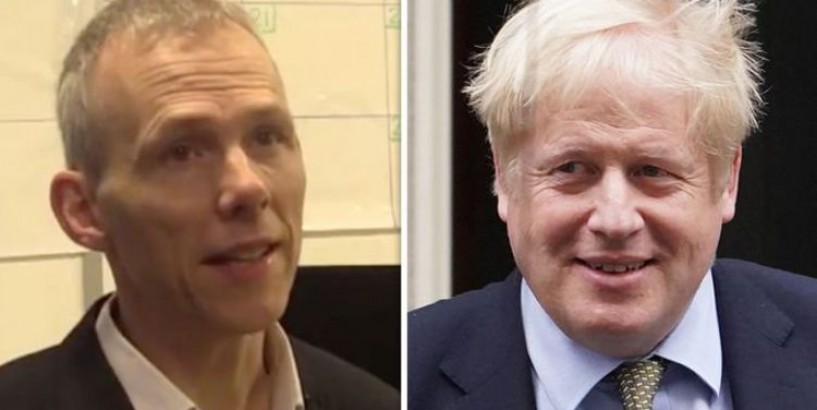 Boris Johnson has a majority of 80 after the December general election, which saw Labour lose seats in its northern heartlands. Tim Bale, a professor of politics at Queen Mary, University of London, said the next Labour leader will be someone who does it until there’s another Labour Prime Minister or will stay in the role for 8 to 10 years.

“It’s very difficult to imagine Labour actually breaking the Conservative majority at the next election which presumably will be in 2024.

“I’m not so sure when people say it has to be someone from the north or it has to be a woman is as important as getting someone who relatable to the electorate and who has the air of authority.”

READ MORE: Donald Trump has his 'own issues' in dealing with health care

Boris Johnson will be Prime Minister for the next eight to 10 years (Image: GETTY/EXPRESS)

Mr Bale said Mr Johnson and the Tory party will be “rubbing their hands” if the next Labour Party leader is Rebecca Long-Bailey.

He told Express.co.uk: “I think the Tories will be rubbing their hands if it’s Rebecca Long-Bailey.

“I think the Conservatives will be far more concerned if it was someone with a little bit more charisma, something about them, someone like Jess Phillips for example who I think will really take the fight to the Conservative in a way that I think will be quite awkward for Boris Johnson to handle.

Speaking on Radio 4’s Today programme, Mr Streeting said: “As ever with Jess honesty is the best policy.

“She’s set out in the Independent today a really clear pitch on where she stands on Europe including being honest about the fact that if people want to join the rejoin campaign, they shouldn’t expect her to be launching it any time soon.

“In all likelihood, the next Labour manifesto won’t contain a commitment to rejoin.”