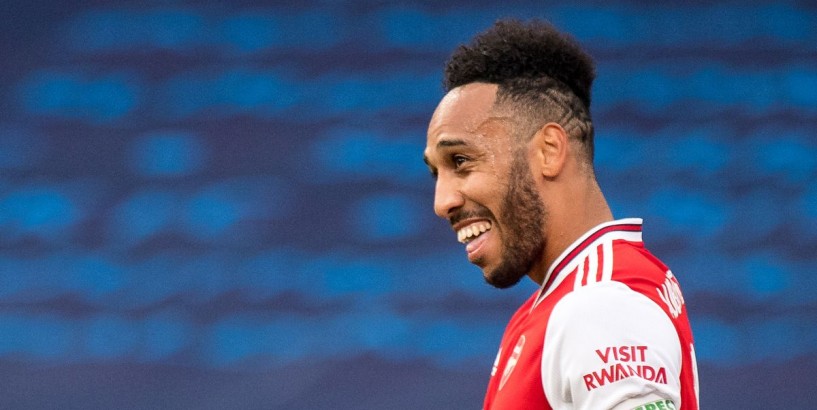 Arsenal have been told that winning the FA Cup could make talisman Pierre-Emerick Aubameyang sign a new deal at the Emirates. Aubameyang has entered the last 12 months of his Gunners contract with Barcelona and Inter Milan said to be interested in his services.

Arsenal will spend another season outside the Champions League after an indifferent Premier League campaign which has left them in a battle to secure a Europa League spot.

But they could yet seal their passage into Europe via the FA Cup after surprising Manchester City at Wembley on Saturday.

And Alan Shearer believes adding a 14th FA Cup to Arsenal's trophy cabinet could be enough to persuade Aubameyang to extend his stay in north London.

He wrote in The Sun: "The key issue right now with Arsenal is what is going to happen with Pierre-Emerick Aubameyang, who scored those two superb breakaway goals against Manchester City at Wembley.

"Sixty-six goals in 93 starts is quite some record for a team who have not exactly been flying. One of the many impressive things about Aubameyang is he has still got that blistering pace, even at 31.

"I suspect Arsenal winning the Cup could help persuade him to stay.

"It would be a massive blow to the north Londoners if they lose him, not just for his goals but also it will take an absolute fortune to replace him."