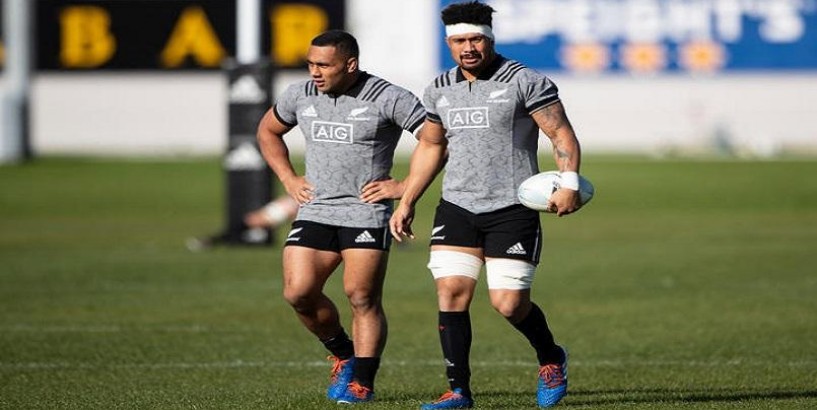 New Zealand Rugby player of the year Ardie Savea headlines the addition of five current and former All Blacks to the expanded board of Pacific Rugby Players Welfare.

The Managing Director of Pacific Rugby Players Welfare, former Manu Samoa fullback Mike Umaga, said it was "The Island Way" to help out and give back to your community.

"Ardie saw the work we'd been doing and he is a very proud Samoan and reached out to Dan [Leo, PRPW CEO] and asked if there was anything he could do.

"[It was] the same with Ngani Laumape, wanting to put themselves behind supporting our next generation because there will always be a next generation of Pacific Island rugby player."

Pacific Rugby Players Welfare's expanded board now numbers 49, including representatives in every major rugby competition in the world, as it pushes for change on key issues such an player eligibility and rugby governance.

"The more the merrier," espoused Umaga from his home in Hull.

"You know that's always the mantra that Dan and myself have started with and that's 'Stronger Together' so the more of us on board makes us a stronger board," he said.

"The game is ever evolving and so do we. I think we've got a nice mix right at this moment in time of young and old - and really old (laughing)."

US based duo Shalom Suniula and Andrew Duratalo are among the other 'younger' faces to join the expanded board, which now numbers 49.

The Seattle Seawolves team-mates have represented the United States in both sevens and fifteens, with Suniula born in American Samoa while New York-born flanker Duratalo is a former Fiji Under 20s international.

"Myself and Dan have just off the phone with two players over in America who just reached out about wanting to see if PRPW can support Pacific Island players over there, which we're more than happy to," Umaga said.

"For some of us we're not in New Zealand where we were brought up or in the islands, where we're actually having to ply our trade in Europe but wanting to give back to what got us started in the game so for some of us this is our opportunity to give back."

Umaga said whether players have grown up in New Zealand, Australia, England or the Pacific their heritage is a huge part of who they are.

"It is something that we were taught from a very very early age, especially myself being brought up in New Zealand," he said.

"Heritage was everything with our parents. So our role, even more so now, is to stay in touch with our heritage and pass it on to our kids as well."

Former All Blacks winger Charles Piutau has stated on numerous occasions his desire to one day pull on the 'Ikale Tahi jersey, like older brother Siale, but is currently prevented from representing his heritage because of World Rugby regulations.

Despite playing the last of his 17 tests for New Zealand almost five years ago, the Bristol Bears star's only opportunity to switch allegiance is through a complicated Olympic sevens loophole.

Mike Umaga said when Samoa reached back to back World Cup quarter finals in the 1990s it felt like Pacific Island rugby was on the up but more than 20 years later the region is still being held back.

"...there's a lot of people like Charles who have had one or two - maybe as many as 10 or so - caps who are still fit and able to play international rugby - why not make it even more of a spectacle."

Umaga played 13 tests for Manu Samoa and even lined up opposite younger brother Tana in a 1999 test against the All Blacks.

The 54 year old, who is also the father of England squad member Jacob Umaga, said there are so many talented Pacific Island players who still have so much to offer the international game.

"There's players that have played once or twice for either New Zealand, Australia or whatever but would dearly love to represent their country of their parents' origin, which goes down to how they were brought up and their heritage - if they're still fit and able then why not?"

"If it's a yes then it opens up so many opportunities for our Pacific nations."

It's now been eight weeks since World Rugby promised an investigation into Fiji Rugby Union Chair Francis Kean, whose nomination for the World Rugby Council was hastily withdrawn following allegations of homophobia published in the Sunday Times and a damning open letter to voting members by Players Welfare CEO Dan Leo.

ABC have since reported allegations Kean kicked teenagers off World Rugby programmes to advance his own local club.

World Rugby Chair Sir Bill Beaumont has pledged a review of the eligibility laws but Umaga said the organisation's silence on Francis Kean means he is not holding his breath for good news.

"We'd have to say it's lip service because we've been trying to get an answer from World Rugby on Francis Kean...we still haven't had a reply," he said."

"I'm sure there will be a review but will it be the answer that we're all hoping for? I doubt it very much if I'm honest because I'm not sure whether they'd want more Pacific Island teams to break into the top tier.

"I'd be very surprised but we live in hope, we live in a world of hope and we've just got to keep banging the drum."