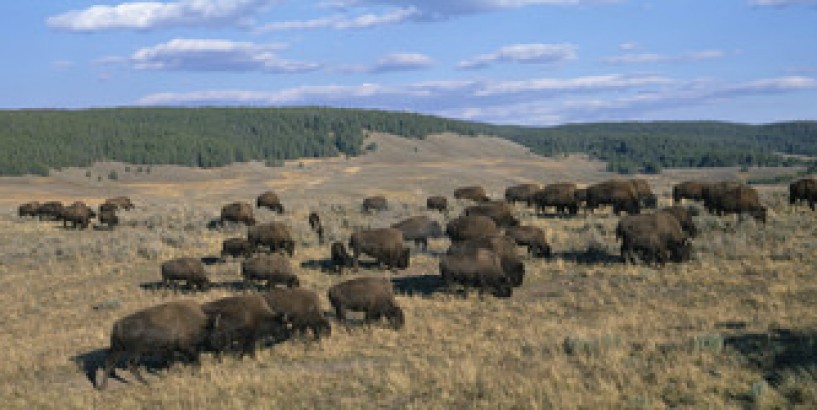 Yellowstone and Grand Teton among the national parks closing immediately

Yellowstone and Grand Teton national parks have closed to park visitors until further notice due to public health concerns, Yellowstone National Park announced in a statement.

Fearing the potential risk of exposure to novel coronavirus, officials had been continuously reducing public access to National Park Service sites across the country, while promoting social distancing for people who still visited the park sites that remained open.

Local and state officials in the areas surrounding the parks had requested that they close to the public.

State highways and roads that cross park or state boundaries and “facilities that support life safety and commerce will remain open” the statement said.

“The National Park Service listened to the concerns from our local partners and, based on current health guidance, temporarily closed the parks,” said Yellowstone Superintendent Cam Sholly and Grand Teton Acting Superintendent Gopaul Noojibail in the statement.

“We are committed to continued close coordination with our state and local partners as we progress through this closure period and are prepared when the timing is right to reopen as quickly and safely as possible.”

No national shutdown … yet

There’s no national shutdown of all 419 national park sites, which would cover more than 85 million acres of national parks, seashores, lakeshores, battlefields and more, in all 50 states, the District of Columbia and several US territories.

But in its efforts to stop the spread of the coronavirus, the park service — which welcomed more than 327 million people visiting NPS sites last year — seems to be grinding to a halt, at least for visitors.

While Zion , Acadia , Glacier and Olympic national parks had not completely closed to visitors as of Tuesday afternoon, others were heading in that direction.

Great Smoky Mountains National Park, the country’s most popular national park with 12.5 million visitors last year, announced on its website it would close all park areas, with a couple of exceptions, through Monday, April 6, “in a continuing effort to support federal, state, and local efforts to slow the spread of COVID-19.”

Ellis Island and the Statue of Liberty were both closed effective March 16.

While most NPS sites don’t charge an entrance fee, visitors support regional economies surrounding the park sites. Visitors to the national park sites spent an estimated $20.2 billion in local gateway regions in 2018, according to a May 2019 park service report (PDF) .

North Carolina, which is home to the most popular national park and the second most popular park site, “gets more National Park Service site visitors than any state other than California,” said Wit Tuttell, Director of Visit North Carolina , in a previous CNN Travel interview.

With 18.2 million visitors annually across 14 different NPS sites, “It’s impossible to overstate the impact these sites have on all sorts of communities across our state,” he said.

“The NPS sites are the main reason people are visiting, which leads to $1.3 billion in spending and more than 20,000 jobs statewide, he added. “For many rural communities that are struggling to maintain their economic vitality, these sites are crucial to their ability to survive.”