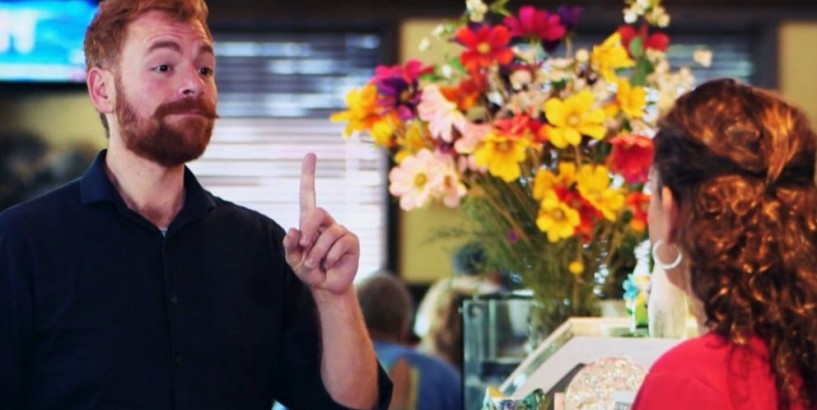 'What Would You Do?' episode recap: Deaf customer discriminated against while trying to order food

Here is a recap of this week's episode of " What Would You Do? " with ABC's John Quiñones : What Would You Do: Single Meal Split -- What would you do if you witnessed a mother, out to lunch with her hungry children, splitting one meal between the three of them because that’s all she can afford? We filmed this scenario on the border of Louisiana and Mississippi, the two states with the highest percentage of people living below the poverty line - where the level of “food insecurity” is staggering. The reactions -- including one woman who gave our mom a $100 bill -- will leave viewers deeply moved. Watch what happens:

What Would You Do: Deaf Discrimination -- "Dancing With the Stars" and "America’s Next Top Model" winner Nyle Dimarco joined us behind-the-scenes for a scenario resembling his own real-life experiences living as a deaf man. Nyle was overwhelmed by the passionate reactions to our deaf actor being discriminated against while trying to order food in a restaurant. Watch what happens: to the very end to see an unexpected hero standing up to our bully and ending up in tears.

What Would You Do: Babysitting While Black -- We then tackle a story that dominated our news feeds. What would you do if you saw a white woman suspiciously questioning and even threating to call the police on a black man who is babysitting two white children? We filmed in Biloxi, Mississippi where tensions are high and reactions are powerful. Watch what happens:

What Would You Do: Bad Bagger -- A supermarket bagger who lacks all the basic bagging skills. Watch and laugh as our actor is conveniently looking away while their bread is smashed, chips are sampled and eggs are stacked underneath the canned goods. Watch what happens: