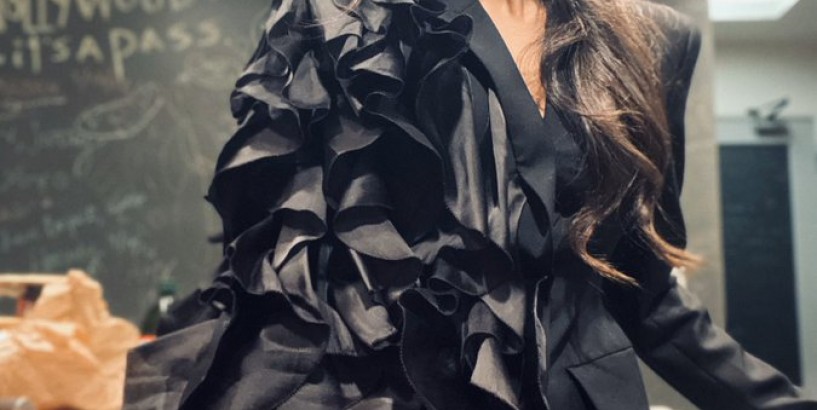 What is Munchausen's Syndrome?

The Good Place actress Jameela Jamil has denied suffering from Munchausen's Syndrome after she was accused of concocting stories about battling innumerable illnesses and injuries suffered over the years. Jamil, who was on a break from Twitter after she faced severe criticism over her announcement of being a queer, had to come out of her T witter hiatus after Tracie Egan Morrissey, a writer, accused her of suffering from Munchausen's Syndrome.

To prove his accusation, Morrissey collected a bunch of stories published in the past where Jamil spoke about her illnesses and injuries, including the car crash, cancer scare and allergies. He then went to post the reports on his Instagram stories. It took no time for the post to go viral.

Twitter / Jameela Jamil What is Munchausen's Syndrome? Munchausen's Syndrome is a psychological disorder where someone pretends to be ill or deliberately produces symptoms of illness in themselves. It has been named after Baron Munchausen, a German aristocrat who was famous for telling wild, unbelievable tales about his exploits. The main intention of the person suffering from the psychological disorder is for people to care for them and that they remain the centre of attention .

Jamil clears the air about her 'fabricated injuries and illnesses'

Jamil took on to Twitter to clear the air about herself: "First I'm lying about my sexuality, now I'm now being accused of munchausens? By an unhinged idiot who didn't even realize in all her 'research' that my car accident injury stories are 'different' because they were about TWO SEPARATE CAR ACCIDENTS 13 years apart? You can keep it."

She went further to explain the cause of all the allergies she suffers from and the seizures she started having after she hit her head while trying to get a cookie. Jamil further revealed in her tweet that she suffers from Ehlers Danlos Syndrome, a chronic ailment that affects the connective tissue of the skin, joints and blood vessel walls.

"Not afraid of you or your dumb internet conspiracy theories. Keep them coming. You just add to my relevance. I'm gonna keep helping people with eating disorders, and changing laws and global policies to protect kids and their mental health and there's NOTHING you can do about it," Jamil tweeted.

Is Jamil the new controversy queen?

Jamil was announced as one of the judges for HBO Max's upcoming series, Legendary, a competition show focused on voguing and ballroom culture. However, members of the LGBTQ community protested as they believed that Jamil being a straight person was not eligible to represent the ballroom culture.

Soon after the protests erupted online, Jamil publicly announced that she was a Queer woman. The timing of the announced was severely criticised by people who believed that Jamil was lying about her sexual orientation.