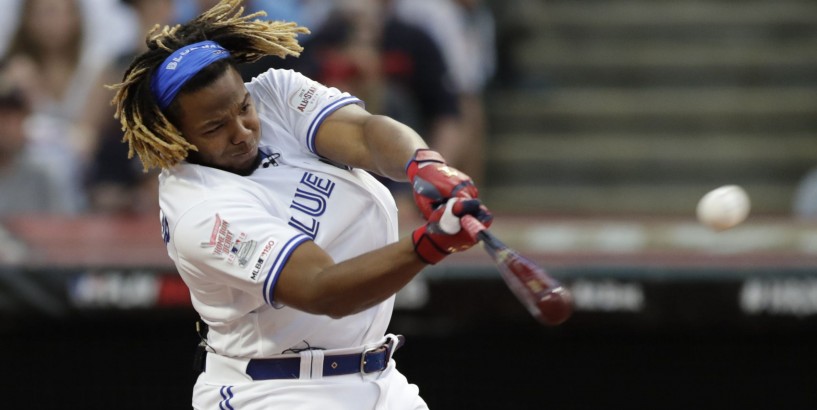 Here's a fun fact from Monday's record-smashing Home Run Derby in Cleveland : Vladimir Guerrero Jr. hit more home runs during the nearly three-hour telecast than the Detroit Tigers have this season. Did I say fun? I meant, gut-wrenching? Kidding, of course. Kind of. Guerrero's record Derby performance was one for the ages (but not good enough for the win). And if not for him blasting 29, 40 and 22 home runs mostly off the scoreboard at Progressive Field, we wouldn't be talking about, well, scoreboards. Guerrero hit 91 homers on Monday, setting the record for a single round at 29 and then 40 (he ran out of gas in the finals and finished runner-up to Pete Alonso of the New York Mets ). The Tigers, who are on pace to lose 100-plus games, hit just 77 homers in the first half of the season. To be fair, the Tigers weren't the only team Guerrero bested on Monday. The Miami Marlins, who at 33-55 have the worst record in the National League, only hit 68 homers in the first half . The Kansas City Royals only have 87, and the San Francisco Giants 88. Still, the Tigers have the second-worst record in baseball at 28-57, and while that could produce the franchise's second No. 1 overall pick in three years, it doesn't ease the sting of what's quickly becoming a laborious rebuild. And neither did Guerrero's moonshot homers on Monday. Contact Chris Thomas at cdthomas@freepress.com