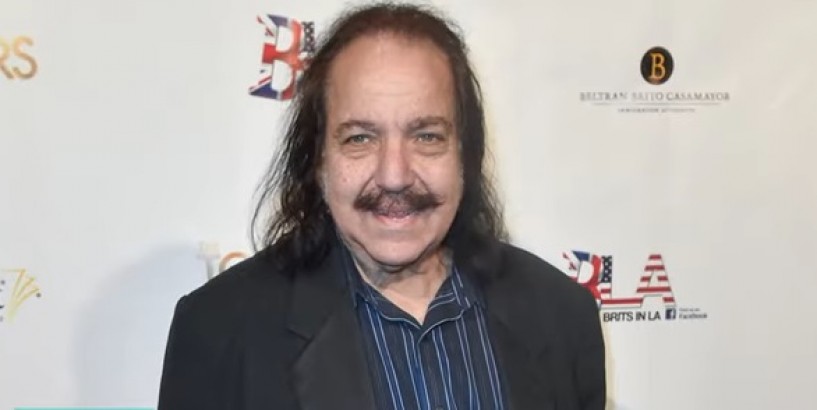 Jeremy had earlier denied sexual misconduct accusations against him raised in media reports, claiming that all his sexual encounters were consensual. The past week has brought to fore quite a few big names from Hollywood including actor Danny Masterson, Justin Bieber and producer David Guillod who were allegedly involved in sex scandals including rape.

Ron Jeremyis the third man to be charged, along with Harvey Weinstein and producer David Guillod, by a task force that was formed by the Los Angeles district attorney Jackie Lacey in 2017 to investigate sexual misconduct in showbiz. YouTube Grab The oldest case against Jeremy is from May 2014 when he allegedly raped a 25-year-old woman at his home in West Hollywood. Jeremy, whose real name is Ronald Jeremy Hyatt, has also been accused of sexually assaulting two women, aged 33 and 46, on separate occasions at a bar in Hollywood in 2017. Besides, he has been charged with the alleged rape of another 30-year-old woman in the same bar in 2019.

The names of the alleged victims weren't released. The District Attorney's Office declined a case against Hyatt due to insufficient evidence from another alleged incident in 2016. Prosecutors say they plan to recommend bail set at $6.6 million. If convicted, Jeremy faces a possible maximum punishment of up to 90 years in jail.

After the charges were announced, Golden Artists Entertainment, the firm that manages Jeremy, announced that they are dropping him as a client. Jeremy's case is being handled by Deputy District Attorney Paul Thompson, who is also leading the Los Angeles case against Harvey Weinstein.

Ron Jeremy appearing before Los Angeles county prosecutors on Tuesday YouTube Grab The past couple of years have seen quite a few stars being charged with sexual misconduct in the wake of #MeToo. However, Jeremy is the third man to be charged, along with Harvey Weinstein and producer David Guillod, by a task force that was formed by the Los Angeles district attorney Jackie Lacey in 2017 to investigate sexual misconduct in showbiz.

Jeremy, who is nicknamed "the Hedgehog" because of his body hair, is one of the most prominent actors in the adult film industry's history and has to his credit more than 2,200 X-rated movies alongside a range of mainstream movies. He had also featured in a few music videos of Guns N' Roses, Moby and Insane Clown Posse. Jeremy was a teacher in Queens, New York, who ventured into movies after one of his girlfriends sent his nude photos to 'Playgirl' magazine.