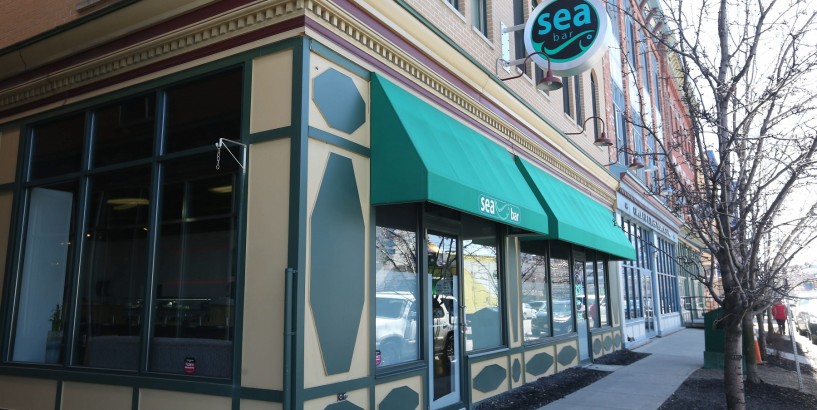 Last call for Seabar: Eclectic Buffalo restaurant to close its doors this month

Seabar, the Ellicott Street restaurant that helped inspire a generation of risk-taking Buffalo restaurants, will close after service Aug. 17.

Chef-owner Mike Andrzejewski, who ran the restaurant at 475 Ellicott St. with his wife Sherri, said he appreciated all the people who rallied to his side after Seabar filed Chapter 11 bankruptcy in March .

"A lot of people came out and supported us after the news came out," he said. "We really appreciate those people and everybody that's been here over the years, but we're at the end of the line here, and just don't have anything else to put into it."

At Seabar, Andrzejewski showed a chef-driven restaurant with an idiosyncratic menu — featuring sushi, enchiladas, foie gras, and Hawaiian surfer grub — could succeed in the city. From Seabar, he represented Buffalo in Washington, D.C., and at Super Bowl-related events that raised money for the Western New York Food Bank.

While terribly disappointing, "it's not a funeral," Andrzejewski said. "I don't want to turn it into a cliche, and I hope these last weeks people will just come back and have fun, and enjoy the food that we have. I'm not leaving town or anything. We're just going to be doing different things."

Andrzejewski said he is putting his full energies into Allentown Mexican restaurant Cantina Loco, where he is a partner.

"I'm really trying to look on the bright side here, and I'm excited to be doing some changes in our menus, for a bit more authenticity — although it'll never be completely authentic — and refreshing the place quite a bit," he said.

The Andrzejewskis opened Seabar in 2008, after initially starting as a sushi bar on Main Street in Williamsville.

In 2012, the chef launched Mike A's at the Lafayette, a luxury steakhouse offering wagyu beef and a 10-course tasting menu. In 2014, he dialed down the fine touches and moved it into the former Mike A's lounge as Bourbon & Butter. He closed that restaurant in 2016.

In the end, the financial hole he got into opening restaurants Mike A at the Lafayette and Bourbon & Butter, and financial decisions he made in the aftermath, were too much to overcome, he said.

Setting the closing in a couple of weeks will give people a chance to use gift cards, he said.

"We're trying to do this the right way, instead of just locking the doors," he said.