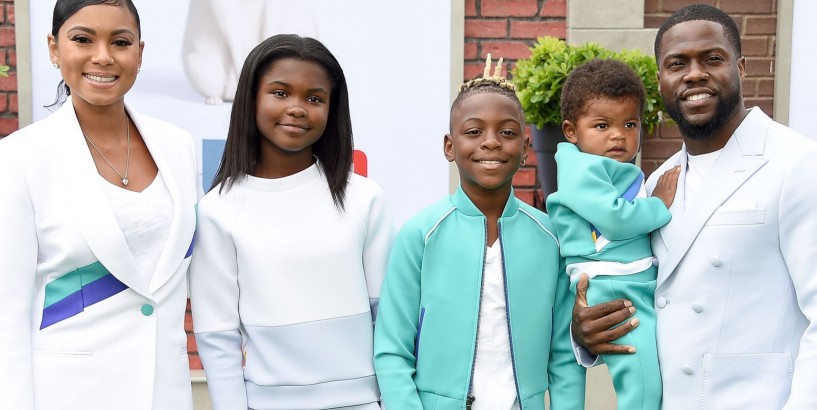 Kevin Hart's wife has said he is "going to be just fine" following a car crash that left him with a major back injury.

Eniko Hart visited her comedian and actor husband in hospital on Monday and reassured reporters as she left, giving no further details.

Hart, 40, was a passenger in a 1970 Plymouth Barracuda which crashed down an embankment in Malibu, California , in the early hours of Sunday morning.

Earlier, celebrities and fans urged Hart to "stay strong" as he recovered from the crash.

The car Hart was travelling in had been turning on to a highway when it crashed, according to California Highway Patrol.

Advertisement Hart and a second passenger, 31-year-old Rebecca Broxterman, were well enough to reach his home nearby for medical attention.

However, the comedian and driver Jared Black, 28, both suffered major injuries and were later taken to hospital.

Mr Black was not under the influence of alcohol.

The day before the crash he had posted a picture for his 78.8 million Instagram followers, of himself jumping into a swimming pool with the words: "Being home makes me happy... enjoy your weekend people. #LiveLoveLaugh."

In December, Hart stepped down as host of the Oscars after tweets emerged in which he used homophobic slurs.

The decision came just three days after he had been named as host of the 91st Academy Awards ceremony .

Tweets originally posted between 2009 and 2011 resurfaced shortly after he was confirmed for the job, containing language offensive to the LGBT community.

The star's response to the outcry attracted a further backlash, as he wrote on Instagram that critics should "stop being negative".

However, in a tweet he did apologise "for my insensitive words from the past".