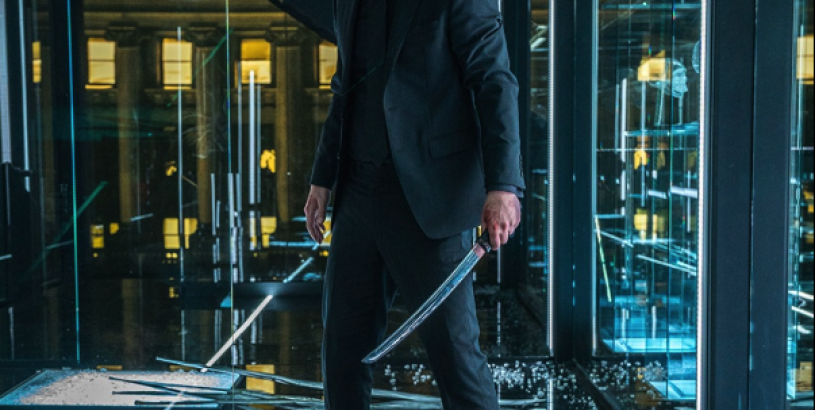 Keanu Reeves is in a relationship, fans express their happiness on social media

Going by the latest reports, Keanu Reeves is believed to be dating Alexandra Grant who is his business partner. The two are noticed keeping up with each other lately and fans are beyond happy for both of them being together. In a conversation with Life & Style, an insider said, "Friends are convinced that Keanu and Alexandra's friendship has turned romantic. Everyone is ecstatic that he's finally found happiness with such a wonderful woman. Keanu doesn't stop raving about her."

The love birds were recently spotted attending LACMA Art, Film Gala on Saturday, lighting up the red carpet with their charm. The event was organized in Los Angeles by Gucci. Reeves donned a black suit with a sleek back hairstyle appearing in a killer John Wick look at the event whereas Alexandra Grant wore a deep V neck dark blue gown which perfectly suited her.

The fans of "John Wick" actor are at the same degree as he himself is. The 55-year-old actor adores his fans and they love their favourite actor more than anything in the world. When they got to know about the relationship status of Reeves, the fans took to social media to express their feelings. One person wrote - "If there's anyone in Hollywood that deserves happiness, it's Keanu. Happy for the both of them." "Good Evening to Keanu Reeves and his gorgeous girlfriend Alexandra Grant and to no one else." – tweeted another.

Keanu and Alexandra have been best friends and closest to each other since long back. They co-founded the publishing house X Artist's Book together. Reeves is 55 years old and Alexandra is 46. "The Matrix" star is pairing up well with his best friend and now officially a love partner. The actor has appeared in a bunch of movies this year. The fans loved him watching in John Wick 3 – Parabellum and in Netflix's Always Be My Maybe where he just appeared in a cameo role. In a recent interview with People , Keanu did not reveal much about the forthcoming Matrix venture but steered the waiting game by saying - "It is very ambitious as it should be."