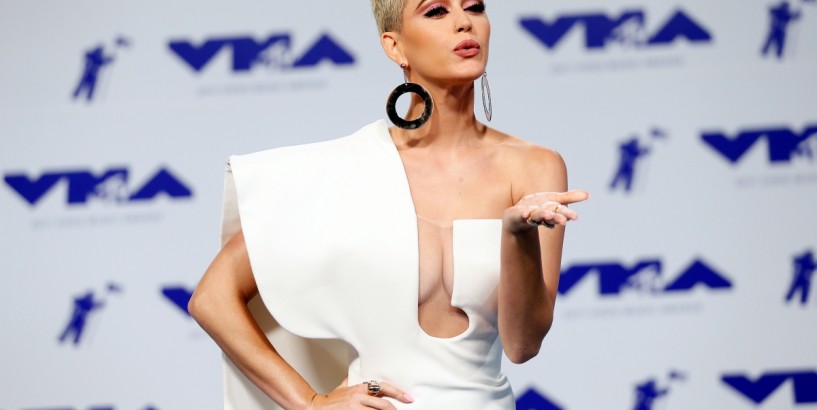 American singer Katy Perry who recently visited India for the first-ever One Plus Music Festival in Mumbai that her cozy little Christmas video is all set to release today at noon. The 34-year-old singer shared a teaser of the Christmas song ahead of Christmas 2019 celebrations on her official Instagram account captioning it, "Tis the season to get cozy with a few of my furry friends, and ohh too. #CozyLittleChristmasVideo TOMORROW at noon".

While, the singer looked stunning in her Santa Clause outfit one can't take his eyes off the diva for her gorgeous look. According to reports, fans has embraced Katy Perry's steamy look in her latest Instagram post. The diva also shared some photos from her Tokyo trip through her Instagram account leaving us wanting more.

Katy Perry at 2017 MTV Video Music Awards Reuters Moreover, Katy Perry is known to be one of the highest earning woman in the music industry for which she was listed in Forbes from 2011 to 2018. On the work front, Katy Perry launched her debut album with Red Hill Records on March 6, 2001. She was initially a gospel singer and her debut record was titled Katy Hudson.

Other ventures of Katy Perry

Apart from her stint in music, Katy Perry also ventured into several other things like business and films. The singer had featured in the 2016 film Zoolander 2 and has a shoe line called Katy Perry Collections, which is available on her website. The singer-turned-actor later went on to become a judge of ABC's revival of American Idol, which went on air in March 2018.