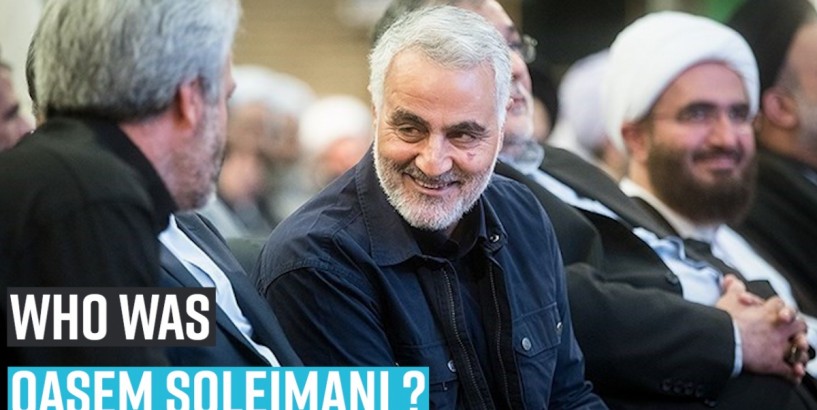 It's no secret that the killing of Iranian General Qasem Soleimani was a blessing for the most hardened terror outfit in the world - Islamic State of Iraq and Syria (Isis). Now the dreaded Sunni-Arab terror group has admitted as much, through its weekly newspaper. The weekly Isis newspaper Al-Naba described Soleimani's death as 'an act of god', BBC Monitoring reported.

The mouthpiece of Isis, which has been nearly decimated with the killing of Abu Bakr al-Baghdadi late last year by the US forces, said the killing of the Iranian Quds Force commander would support its cause, and Muslims in general. The editorial piece in the paper stopped short of directly praising the United States. It also did not mention Soleimani by name.

Analogy of Roman-Persian conflicts However, the article used the analogy of the Roman-Persian conflicts in the earlier centuries that helped Muslim forces overrun both Persia and parts of the Christian Byzantium. Obviosuly what the jihadi website says is that the cause of the Islamic Caliphate would advance when the western forces are locked in a battle with the Iranians. Iran and its reginal satellite governments like Iraq, Syria and Lebanon are arch-foes of the Isis, which takes the most radical aspects of Sunni Wahabbi Islam as its springboard.

"In the editorial of its weekly paper #AlNaba, #ISIS welcomes the death of #Soleimani in a US drone strike, but is careful not to openly credit the US for his demise but portrays it as an act of God to support IS and Muslims more broadly," BBC journalist Mina al-Lami tweeted.

Byproduct of regional war for domination between Saudi Arabia and Iran In a general sense, the decades-long US-Iran conflict is also a byproduct of the regional war for domination between Saudi Arabia and Iran, which represent Sunni and Shia Islamics streams respectively. The US added the Saudis as its client state in the post World War II era and pushed Iran's elected government out of power in the mid 50s to install the puppet regime of the Sha. Iran's overthrow of the Sha in 1979 and the following year-long siege of the US embassy in Tehran marked the lowest point of the conflict between Iran and the US.

The US also took the Saudi side all through the following decades, serving Riayadh's cause as it took down the regimes of Saddam Hussein in Iraq and Muammar Gaddafi in Libya. When the Isis Caliphate rose in Iraq and Syria in the early yeas of the last decade, the US saw it as an opportunity to remove Bashar al Assad, a strong ally of Iran and Russia, from power in Damascus.

Iran's national flag Reuters Pivotal role of Soleimani in Isis fight The US fight against the Isis was ambivalent for the most part, though there was no denying that it did inflict damage on the terror group. However, even as it wanted to end the Isis scourge, it also wanted the terror group to succeed in its fight to dethrone Assad. When Washington's ambivalence weakened the anti-Isis global resistance Russia stepped in to push Isis back from several of its strongholds.

Iran, through the Quds Force units commanded by Qasem Soleimani, joined the move and was successful in vanquishing Isis in many key battlegrounds. Soleimani was also instrumental in harnessing Russian support for Bashar al Assad in his fight against the rebels, mainly the Isis. The IRGC commander had emerged as an unlikely hero when cities like Mosul, Tikrit and Kirkuk fell in a span of 48 hours starting 10 June in 2014.

Pentagon releases first images, video from raid to kill Abu Bakr al Baghdadi "Within hours of Isis taking Mosul, Suleimani had arrived in Baghdad ... From there he has co-ordinated the defence of Baghdad, mobilised Shia militias and rallied his numerous proxies throughout the national legislature," the Guardian article says. The retaking of Tikrit in 2015 marked the beginning of the decline of the power of Isis in the region. The mammoth operation to oust Isis from Saddam Hussein's birth place was marshalled by none other than Soleimani.

The Los Angeles Times reported that Soleimani was the architect of the resistance against the Isis in the Iraqi city of Amirli. The paper said Amerli was the first town to successfully withstand an Isis invasion and that the Quds Force operatives under Soleimani's command led the fight here.