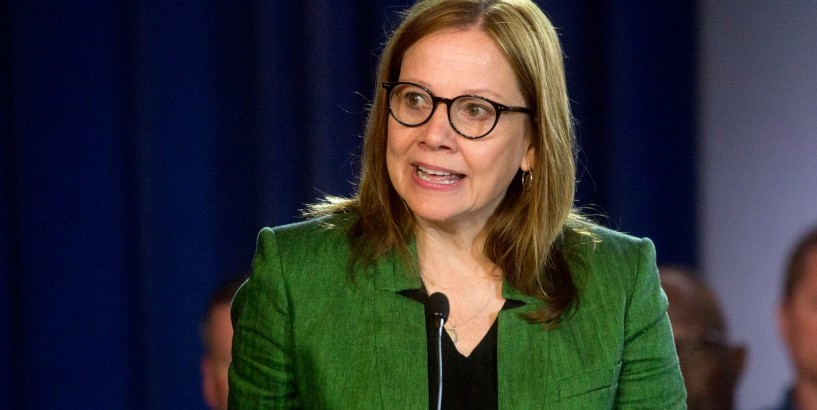 GM's Mary Barra: How automaker shifted to high gear amid a pandemic

The time it takes to get things done inside General Motors has been transformed during the coronavirus pandemic, as the company has shifted its resources to critical new endeavors such as ventilator production. And Mary Barra, GM's chairman and CEO, has noticed. “One of the things I've been impressed with is how we’re able to do things much more quickly in this environment, things that I’ll say in a normal corporate time speed would take weeks and months seemed to be getting done in days and weeks," Barra said Tuesday. Barra then posed a question during a webinar interview with Massachusetts Institute of Technology President L. Rafael Reif on leadership during the pandemic. "Why aren’t we moving at this pace all the time, and what can we do to support people so they can move that quickly?" Barra asked. "In other parts of the business we’re saying, why can’t we move at that same speed, and as we challenge people, they are.” The answer might be in how you approach your employees. “When you engage your team and then set them free to do what they can do, they can accomplish amazing things,” Barra said. The willingness of employees to contribute has been inspiring, she said, noting that GM has a history of stepping up during crises, including with production during both world wars. She cited GM's history in describing how the team's efforts were leveraged to help Ventec Life Systems boost its production from 200 to 300 ventilators per month to a goal of more than 10,000. As GM and other automakers prepare for a full restart of production beginning Monday, Barra pointed to the company's current experiences with mask and ventilator production and operating facilities to support dealers. She said the company has good data showing its protocols work. Those are geared toward keeping the virus out of the plants and being able to quickly identify when an infected person has come in and making sure those areas are safe for others to enter. Communicating good information is also key, as is the way the company approaches what is an unprecedented situation. “I think all of us have been impacted by COVID differently. Some of us may have lost a loved one. Some of us may have people who work on the front line, so I think it’s also approaching it with a lot of patience and understanding so we can address people's concerns so they truly understand that they’re in a safe environment," Barra said. Reif, the MIT president, offered praise for Barra's approach: "This is unprecedented in all ways, but the way you've handled that, it's been a role model in how to do it right," he said. Contact Eric D. Lawrence: elawrence@freepress.com. Follow him on Twitter: @_ericdlawrence.