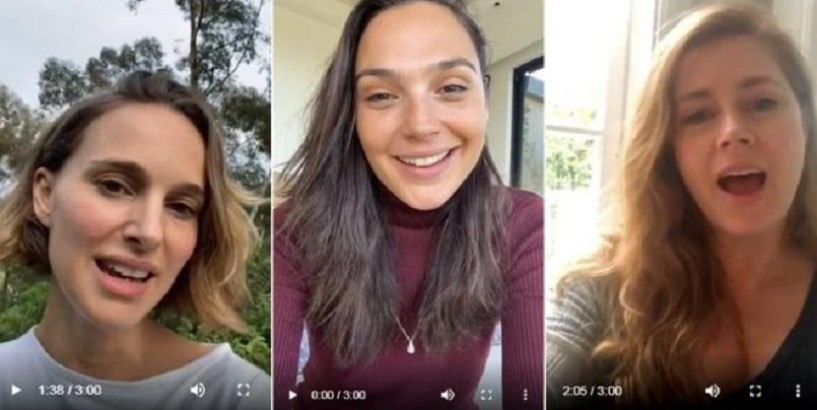 Wonder Woman actress Gal Gadot took to Instagram on the sixth day of her self-imposed quarantine, for a star-studded sing-along to John Lennon's Imagine.

Gadot enlisted fellow superheroes Natalie Portman (Thor) and Mark Ruffalo (Hulk) for the cover, with more than 20 others each singing a line of the song.

The star said she had chosen the song for its "powerful and pure" message of unity during the coronavirus pandemic.

She had been inspired by a clip of an Italian man playing the song on his trumpet on his balcony to his neighbours who were self-isolating.

Gadot has previously encouraged fans to stay indoors during the outbreak, saying "staying at home is my super power - and yours".

She wrote on Instagram : "The sooner we all stay home and keep ourselves from catching this very contagious virus, the sooner we can go back to our lives without losing lives."

The actress recently finished filming Wonder Woman 1984, which has a release date of 5 June, but could end up being delayed due to the outbreak.