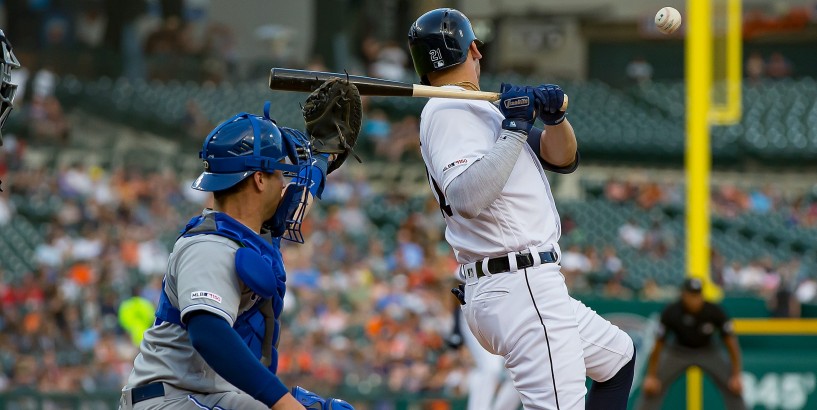 Detroit Tigers' JaCoby Jones likely out for season with injury

The Tigers thought they dodged a bullet. They were wrong. JaCoby Jones, the dynamic center fielder who took strides offensively but still battled inconsistency this season, is likely out for the rest of the season, manager Ron Gardenhire said after Saturday night’s loss to the Royals. Jones, 27, was hit by a pitch in the left wrist on Thursday night . A subsequent X-ray exam came back negative, with the team believing Jones had avoided serious injury. But a follow up CT scan on Saturday revealed a fracture. The timetable for recovery is six weeks, Gardenhire said, noting it was likely Jones will not return. “He’s pretty disappointed and really frustrated,” Gardenhire said. “But I’m glad we went ahead and checked it out. It’s kind of an internal fracture inside the bone and we had to get a CT scan to find it. Unfortunately, but it will probably end his season.” If Jones’ season is indeed over, he finished by hitting .235 with 11 home runs, 26 RBIs and seven stolen bases in 88 games. His season started nearly two weeks late after sustaining a shoulder injury late in spring training. While Jones certainly made strides at the plate, turning his season around in late April, his latest injury will prevent him from developing his consistency. Jones hit .271 in June and .291 in July. In doing so, he likely earned himself another year as the Tigers’ starting center fielder. Jones’ defense in center is considered among the best in baseball, though that skill didn't always translate in the batter’s box. That changed a couple weeks into this season, when, at the suggestion of hitting coach Lloyd McClendon, he lowered his hands in his batting stance. This allowed Jones to be quicker to the baseball and cut down a bit on his lengthy swing. The results were immediate and were aided by a newfound confidence at the plate. Still, Jones’ entire body of work this season, including the two injuries, did not indicate a serious breakout. In his absence, the Tigers will recall infielder Ronny Rodriguez from Triple-A Toledo, Gardenhire said. The team will likely use a rotation of Victor Reyes, Travis Demeritte, Harold Castro and others in center field going forward, and Jones’ injury could open up September playing time for center fielder prospect Daz Cameron. Contact Anthony Fenech at afenech@freepress.com . Follow him on Twitter @anthonyfenech . Read more on the Detroit Tigers and sign up for our Tigers newsletter .