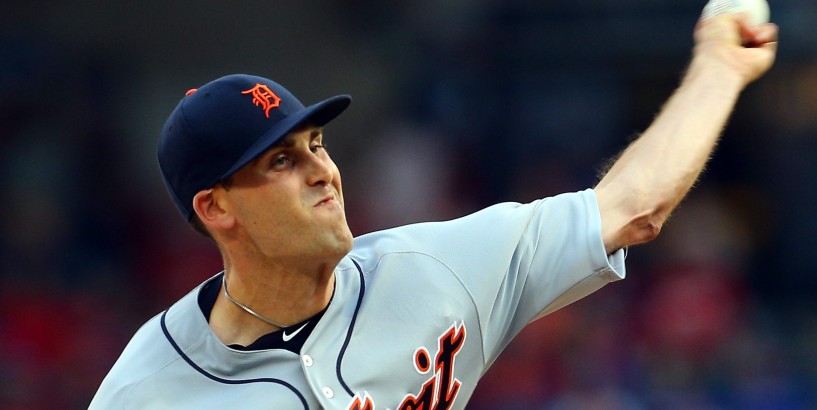 ARLINGTON, Texas – Matthew Boyd, still a Detroit Tiger, took the mound for the first time since his name officially cleared the trade deadline. Pitching against the Texas Rangers on Saturday night at Globe Life Park, Boyd was solid again, allowing two runs in 5⅔ innings. But the Tigers’ late lead fell apart in the bottom of the seventh inning, when rookie Travis Demeritte – playing in his second major league game – dropped a fly ball in right field to open the inning and just missed throwing the tying run out at home plate. The Tigers lost in 10 innings, 5-4 , when Rougned Odor hit a walk-off home run to left center field for the win against lefty Nick Ramirez. Boyd allowed two runs on six hits, striking out nine batters and walking one. He gave way to Buck Farmer, who surrendered the lead with two unearned runs. The game nearly ended in the ninth, when Elvis Andrus hit a rocket to second base but Gordon Beckham stabbed it with a nice diving stop. Miguel Cabrera opened the scoring with a two-run home run to dead-center field in the top of the first. The home run was Cabrera’s seventh of the year. After Boyd allowed runs in each of the third and fourth innings, Harold Castro put the Tigers (32-74) back on top with a two-run single up the middle in the fifth. The Rangers (56-54) tied the game on an Andrus sacrifice fly in the seventh, then won the game in extras, setting up a chance at the series sweep Sunday afternoon. Contact Anthony Fenech at afenech@freepress.com . Follow him on Twitter @anthonyfenech . Read more on the Detroit Tigers and sign up for our Tigers newsletter .