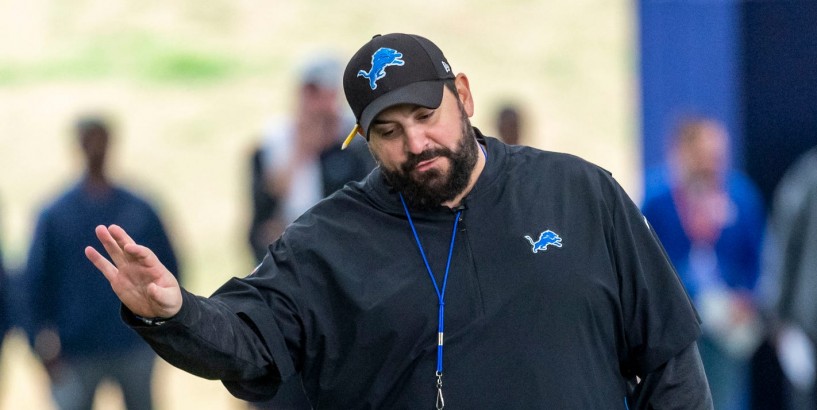 Free Press sports writer Carlos Monarrez answers three questions on the 2020 Detroit Lions schedule released Thursday: Week 10 against visiting Washington on Nov. 15 feels like a must-win game. It comes against one of the few terrible teams (Washington was 3-13 last season) on the Lions’ schedule and it’s a home game followed by a daunting finish to the schedule that includes four playoff teams. Another way to describe a must-win game is to call it a must-not-lose game, and losing games to bad teams at Ford Field counts more than losing games to good teams on the road. And losing to the same bad team two straight years is twice as bad. Unless the Lions are running the table by Week 10, a victory at this point seems like it would do wonders for the team’s playoff chances and the future prospects of its leadership regime. [ Dave Birkett's game-by-game predictions for 2020 Lions schedule ] Yes. The first one. The Lions are tied for the fifth-hardest strength of schedule and they got a little bit of a break from NFL schedulers by opening at home against Chicago. The Bears took a step back last year, they didn’t have enough ammunition to help themselves much in the draft and they continue their 70-year, Lord of the Rings-type quest to find their first great starting quarterback since Sid Luckman. After the Bears, the Lions get three tough games — at Green Bay, at Arizona and against visiting New Orleans — before the bye. The Bears are by far the most winnable game in the first quarter of the season. A loss to Chicago could spell doom. A win could ignite a newfound confidence and winning streak. Yes. And not only yes, but a strong yes. New Orleans is the only buzzsaw on the schedule, and the Lions are 3-1 in their past four games against the Saints. The NFC North doesn’t seem like it’s going to be as good as it was last year. I don’t believe Kirk Cousins is going to repeat his great 2019 season. The drama has already started in Green Bay, which has signaled its intention to move on from Aaron Rodgers . That could lead to a very motivated Rodgers or a petulant star watching the sun set on his career. The Lions don’t have to play truly elite teams like Kansas City or San Francisco, and with the addition of a seventh playoff team in each conference , they might just be the team that sneaks up on everyone this season. Contact Carlos Monarrez at cmonarrez@freepress.com and follow him on Twitter @cmonarrez.