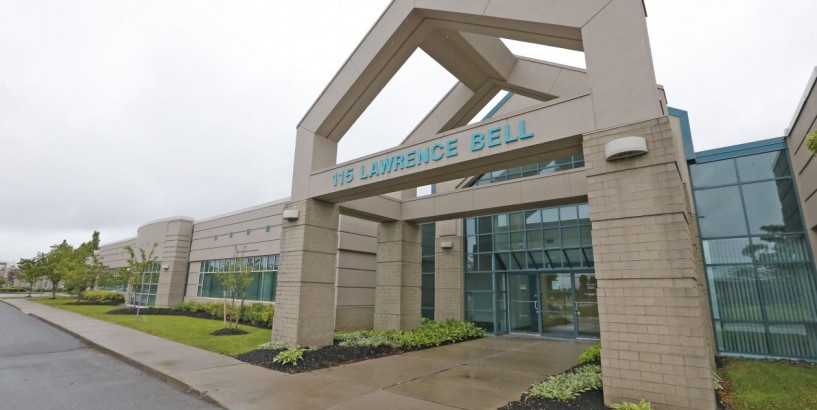 A New York City-based debt consolidation firm that wants to hire up to 1,500 workers at its Amherst offices will receive an additional $96,000 in tax breaks to support its growth here.

Strategic Financial Solutions plans to double the size of its offices at 115 Lawrence Bell Drive, off Youngs Road, in the next phase of its local expansion.

The company moved in 2017 into what was vacant office space and now has 346 employees in 20,000 square feet in the building.

Strategic Financial Solutions plans to hire an additional 150 workers as it renovates and equips another 25,000 square feet of currently vacant office space there, according to the Amherst Industrial Development Agency.

Strategic Financial Solutions works with clients who are burdened by credit card debt to resolve their financial problems. The company is not a debt collector.

The employee-owned company also has hundreds of workers in Manhattan, where it was started in 2007.

The firm in June 2017 announced its intention to invest $20 million to open an office in Amherst that would employ up to 1,500 people in five years.

Empire State Development pledged to provide up to $10 million in state tax credits, but the company must meet its job pledges to collect those incentives.

The company returned to the agency last week requesting another $96,250 in sales tax breaks for its investment of an additional $1.1 million in the building.

The company told the IDA, as it did in 2017, that it was offered competitive incentive packages to expand in New Jersey, Georgia and Florida.

The IDA board approved the tax breaks on Friday, Executive Director David Mingoia said. The agency said the expansion would begin in September and wrap up in December 2021.

Also Friday, the agency board approved $46,404 in additional tax breaks for a $4.5 million project that promises to create 70 jobs at Fidelis Care's large Getzville data center.

The IDA's directors in May agreed to provide $245,220 in tax breaks for the project at Uniland Development Co.'s CrossPoint Business Park, where the health insurer, now part of Centene Corp., has 1,420 employees.

Uniland would build a 6-acre parking lot with 600 spaces for the insurer. Uniland told the IDA it now plans to refinance all of its existing debt for the Fidelis Care facilities while pursuing new funds for the parking expansion.

The IDA agreed to provide $64,404 in mortgage recording tax breaks on a portion of the total refinanced debt, an increase from the original figure of $18,000, IDA documents show.