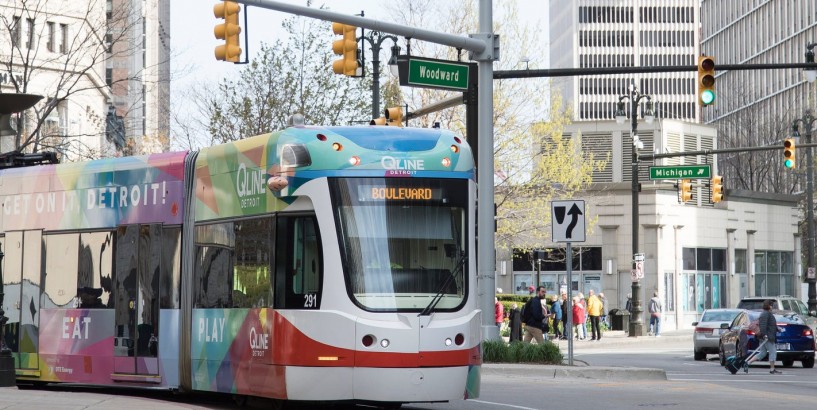 The QLINE will suspend service next week as a result of the coronavirus outbreak. Detroit's streetcar system plans to shut down for passengers after the close of service at 8 p.m. Sunday, according to a news release Friday. The decision comes only two days after an earlier announcement that service would be reduced by 50% and reflects what is likely a dramatic drop in demand since COVID-19 arrived in the Detroit area. The move is temporary, but it's not clear how long the service suspension will last. “This is a difficult decision to make but after discussion with our team, stakeholders and partners, it’s clear that (the Detroit Department of Transportation) and (Suburban Mobility Authority for Regional Transportation) services are sufficient to serve the transit needs of essential employees in Detroit. Once workplaces and institutions along the Woodward Corridor begin re-opening and activity resumes, QLINE will begin the process of resuming service,” said Matt Cullen, CEO of M-1 Rail, the entity that oversees the 3.3-mile rail line, in the release. Riders who need to travel on Woodward Avenue during the shutdown were directed to the DDOT No. 4 Woodward and SMART No. 461/462 FAST Woodward buses as options. Streetcars will run during the shutdown for maintenance purposes, but they will not carry passengers, the release said. The drop in passenger demand that led to the decision on QLINE has been seen with other public transit services as well. Earlier Friday, service reductions were announced for the new D2A2 express bus route between Grand Circus Park in Detroit and Blake Transit Center in Ann Arbor. For the time being, here's the Monday through Friday service schedule for the bus route: And on Saturdays and Sundays: For information, go to d2a2.com . Contact Eric D. Lawrence: elawrence@freepress.com. Follow him on Twitter: @_ericdlawrence.