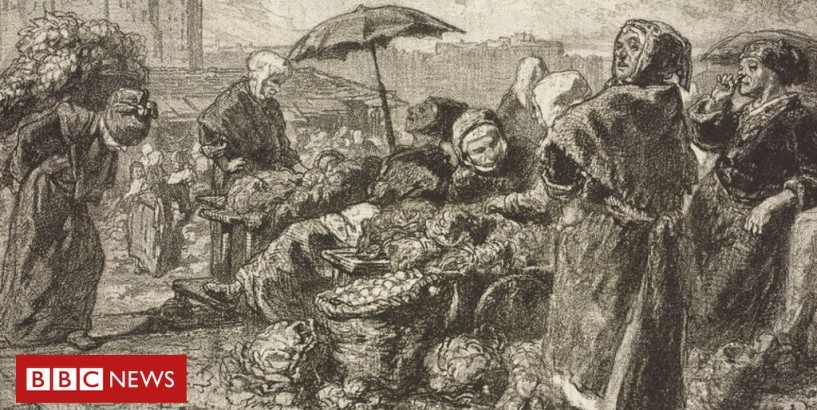 Mesdames de la Halle (1858), Jacques Offenbach's one-act opera about vegetable sellers in Paris, will be staged with 12 singers but no chorus.

Props and costumes will come from past operas, while the number of musicians will be reduced from 40 to 13.

The audience will be limited to 200 people, with tickets costing £100 each.

Audience members will be seated outside in accordance with social distancing guidelines, while performances will be cancelled on the event of bad weather.

"Experiencing live music and theatre, together, in an inspiring environment is what Glyndebourne is all about," said artistic director Stephen Langridge.

"We are fortunate in having plenty of outside space available to us, and with a little imagination, we saw exciting musical and theatrical opportunities for performance in the gardens."

Glyndebourne's "mini festival", which begins mid-July, will include outdoor concerts by the Orchestra of the Age of Enlightenment and the London Philharmonic Orchestra .

The opera house has never staged Offenbach's farcical piece before, the subjects of which also feature in a 1858 drawing by the Parisian illustrator Paul Gavarni.

With coronavirus lockdown measures being gradually scaled back nationwide , some UK opera and theatre companies are tentatively contemplating a return to live performance.