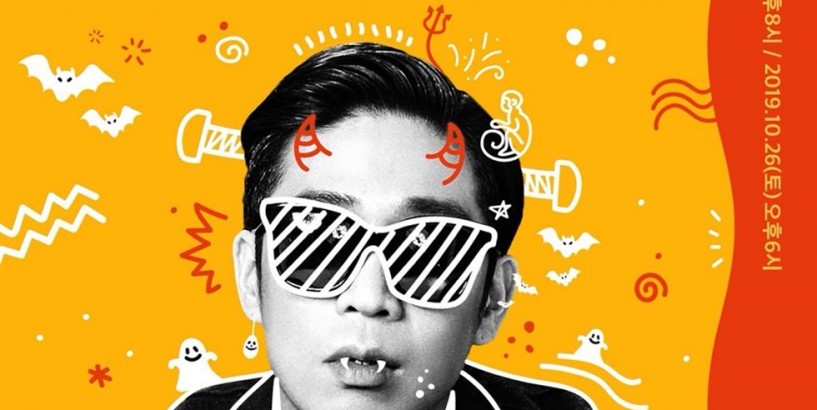 Rapper MC Mong, who has been mired in a draft-dodging scandal since 2010, will hold solo concerts Oct. 25-26 at YES24 Live Hall in Gwangjin-gu, Seoul.

In 2010, he faced allegations that he intentionally removed more than nine teeth to evade obligatory military service. Although the court cleared him of the allegation in 2012, it handed down a suspended prison term for attempting to delay enlistment.

After the scandal, the rapper was virtually kicked out of the entertainment scene. Despite negative public sentiment against him for being a "draft dodger," MC Mong struggled to return to the spotlight by releasing albums "MISS ME OR DISS ME" (2014) and "U.F.O" (2016). He also staged a concert in 2016.

On Wednesday, Million Market, his current agency, unveiled a teaser poster about the latest gig on its official Instagram. The rapper, sporting a black suit, is surrounded by Halloween-themed items on the orange-colored poster. The audience is also asked to put on Halloween costumes.

The rapper recently inked an exclusive contract with Million Market, a label of SM Entertainment. He is also set to release his eighth album by the end of October.

MC Mong debuted in 1998 and gained popularity with a string of hits including "I Love U Oh Thank You" (2005) and "Circus" (2008). He also found success as a TV personality after becoming a regular cast member of KBS TV's variety program "2 Days & 1 Night." He quit the show following the controversy.