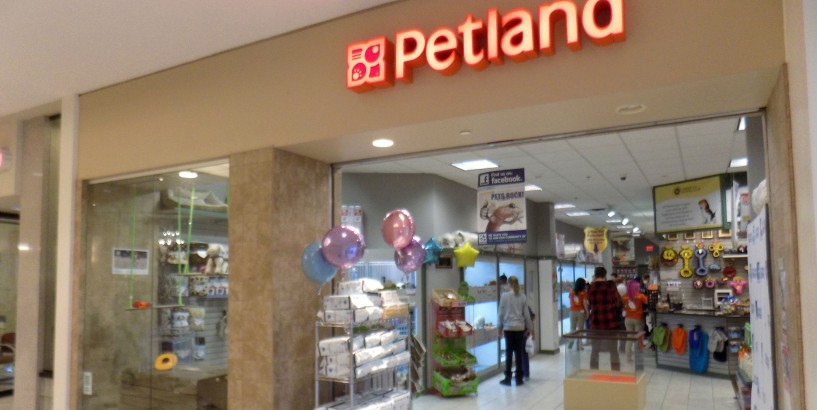 Controversial pet shop bills voted out of committee in Michigan

Lawmakers voted Tuesday to advance legislation that critics say would be harmful to puppies in pet shops and diminish local government control. But backers say the proposal actually supports animal welfare. At the heart of the debate over House Bills 5916 and 5917 is a provision that would prevent a county, city, village or township from banning pet shops. "It’s our position, the Humane Society of Huron Valley, that it would be stripping local law enforcement of any type of regulation, investigation or inspection (power)" over pet shops, said Melinda Szabelski, supervisor of the society's animal cruelty and rescue department. Szabelski was among the people who testified about the bills, which passed the House in November, at a Senate Agriculture Committee meeting in Lansing. The bills were voted out of committee and could be taken up on the Senate floor as early as late this week. Sponsor Rep. Hank Vaupel, R-Fowlerville, a retired veterinarian, said the proposal would tighten existing pet shop regulations. For instance, it would require puppies to be microchipped and prohibit pet shops from buying them from large-scale breeders that are not licensed by the U.S. Department of Agriculture. "This ... makes it so it is virtually impossible for them to get them from a puppy mill," Vaupel said. The legislation would also prohibit municipalities from "arbitrarily" banning pet shops in local business districts. That section has prompted concerns that cities or counties wouldn't be able to regulate pet shops, a job that officially falls under the Michigan Department of Agriculture and Rural Development but in reality is handled, if at all, by local animal control departments. Under current state law, the department of agriculture is responsible for regularly inspecting and licensing pet shops. But the agency stopped those activities back in 2009 because of budget constraints, said Dr. James Averill, deputy director of the agency. Today, the department mainly just investigates when there are reports of animals sick with certain diseases, such as rabies. Like Szabelski, Jeff Randazzo, the head of Macomb County Animal Control, is concerned about losing local authority. "Who would citizens call to make (a) valid complaint about pet stores if the local unit of government cannot enforce local laws?" he said. Vaupel said the proposal wouldn't stop a municipality from regulating pet shops, just from banning them altogether. Bob Darden, president of the Michigan Association for Pure Bred Dogs, supports the bills. He said animal rescues and private breeders cannot alone meet consumers' demands for dogs. "We all should be looking at ways to increase the options, not decrease the options, that potential dog owners in Michigan have in selecting their dog," he said. Officials with the Humane Society for the United States said the bills give consumers "the false sense that pet stores are regulated in Michigan, when in reality the provisions that appear to regulate pet stores are weak and unenforceable." “The pet-loving population of Michigan cannot be represented by policies that protect cruel puppy mills and their pet store sales outlets," Molly Tamulevich, Michigan state director for the Humane Society of the United States, said. "Puppy-selling pet stores pose a number of problems for communities, and the local elected officials representing those communities must retain the right to address them." Contact Ann Zaniewski: 313-222-6594 or azaniewski@freepress.com. Follow her on Twitter: @AnnZaniewski.