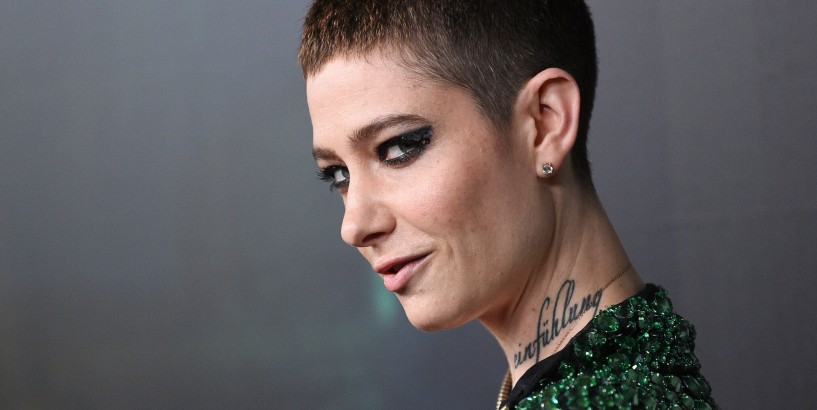 The actor, who is non-binary, said they feel a "huge responsibility" to amplify inclusive causes on- and off-screen. Oscar Lopez

MEXICO CITY, May 8 (Thomson Reuters Foundation) - Actor Asia Kate Dillon is proud to be a role model for people who don’t identify as either male or female after three years on the hit TV show “Billions” and hopes to make a difference for LGBT+ rights in the November U.S. election.

Dillon, 35, who is non-binary, has won praise for work on Netflix comedy-drama “Orange Is The New Black” and Wall Street drama “Billions,” starring opposite Damian Lewis, which launched its fifth season this week.

But Dillon is glad that public recognition has not reached a stage yet where going outside is hard.

“There’s a small portion of the time where it verges on creepy or weird. But I’m lucky that the majority of the time it’s awesome,” Dillon told the Thomson Reuters Foundation in a telephone interview.

Assigned female at birth, Dillon uses they, them and their as pronouns, and regularly receives messages on social media from people with thanks for expanding their understanding about the gender spectrum.

“It’s an incredible silver lining I did not anticipate,” Dillon said. “This has become a teaching tool of sorts for people who were unfamiliar with non-binary gender identity, trans people ... It just blows my mind.”

There has also been a learning experience for many actors on “Billions,” Dillon said, including British co-star Lewis.

But despite the overwhelmingly positive recognition Dillon has received, the actor did voice concerns about the way LGBT+ rights have been treated in the United States.

Although most states allow trans people to change their gender identity on birth certificates, several have introduced bills in the last year that would restrict healthcare access for trans youth.

Trans people have faced increasing violence with a wave of transgender murders in the U.S. territory of Puerto Rico.

The administration of President Donald Trump has also restricted certain rights for LGBT+ people, including banning trans people from joining the military.

For Dillon, shows like “Billions” can help all Americans understand the experience of trans and non-binary people by allowing characters to step into living rooms nationwide.

“There’s a huge responsibility,” Dillon said. “There are people in so many pockets of this country and the world whose only frame of reference for what queerness is is a movie or a song or a television show.”

As a non-binary personality, Dillon said there was an added responsibility to amplify LGBT+ causes beyond the TV screen.

In March, the actor launched a six-song EP titled “Handsome hands,” with proceeds going towards advocacy group the Marsha P. Johnson Institute, named after a black transgender woman who was a key figure in the 1969 Stonewall Riots.

With songs on the airwaves and another season of “Billions”on TV, Dillon is now looking towards the U.S. election in November, when the future of LGBT+ rights may be on the ballot.

“We can’t afford to lose any more of our extraordinarily precious marginalized and disenfranchised people,” said Dillon.

(Reporting by Oscar Lopez @oscarlopezgib; Editing by BelindaGoldsmithPlease credit the Thomson Reuters Foundation, the charitable arm of Thomson Reuters, that covers the lives of people around the world who struggle to live freely or fairly. Visit http://news.trust.org) RELATED...