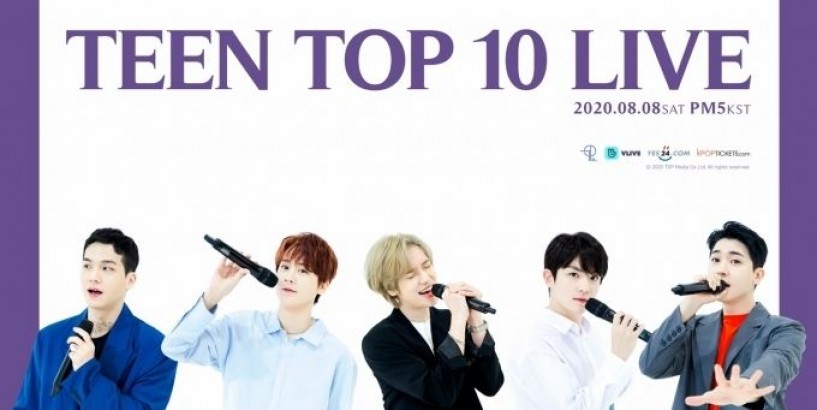 Back in spotlight: Teen Top to hold online concert

K-pop boy band Teen Top ― which is enjoying its second heyday thanks to YouTube ― will hold an online concert on Aug. 8, the group's agency TOP Media said Friday.

The five-piece act's "TEEN TOP 10 LIVE" gig will be live-streamed on the band's official YouTube channel at 5 p.m. (KST).

Back then, it was the "youngest" K-pop boy group, with an average age of was 16. The singers released a string of hits including "No More Perfume On You" (2011), "Crazy" (2012) and "To You" (2012), but went off the radar for many years until members were brought back to the spotlight on YouTube channel "MMTG."

Teen Top's lead vocalist Niel appeared on the channel's video released on July 2 and unfolded the behind-the-scenes stories about the band and its songs. The clip went viral, clocking up more than 2.5 million views as of Friday.

Thanks to such popularity, the quintet played a special performance on Mnet's "M Countdown" on Thursday to celebrate the tenth anniversary of its debut. It performed its debut track "Clap" and "Rocking" (2013).