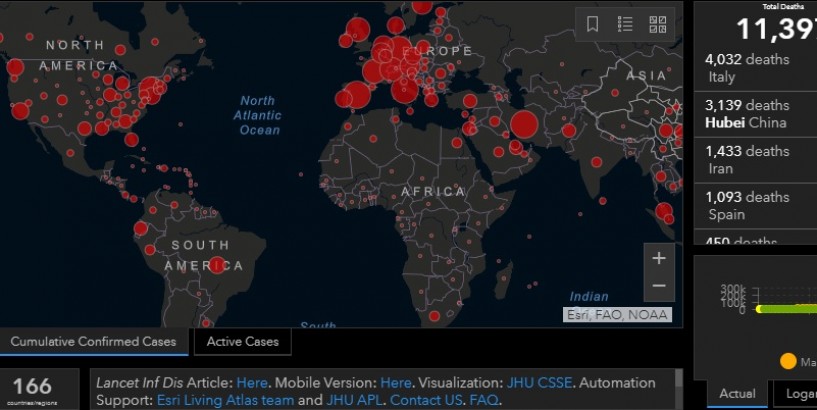 Friday, March 20, was the deadliest day for both Italy and Spain. While Italy reported 627 new deaths, the same for Spain stood at 262 due to the deadly novel coronavirus or COVID-19. While Italy accounts for 36 percent of the world's fatalities, half of the global coronavirus fatalities have been recorded in Europe.

John Hopkins University Italy's total number of cases stands at 47,021 after the country reported 5,986 new cases in a single day, as on Saturday March 21. The total number of fatalities in the country reached 4,032. Italy is recording a fatality rate of 8.6 percent which is more than double of world's 4.1 percent.

US President Donald Trump lauded governors of New York and California for taking such a drastic measure to contain the pandemic. But, he held that the same isn't required for the whole country. "Those are really two hotbeds," he said. "I don't think we'll ever find (a US-wide lock-down) necessary," Trump added, AFP reported.

Shortly after Trump spoke, governors of Illinois and Connecticut ordered their residents to remain at home, thereby initiating, what can be termed as, a voluntary lock-down. Meanwhile, Britain, where the number of cases has reached 3,983 along with 177 fatalities, has ordered pubs, restaurants and theatres to remain shut.

France, Spain and Italy have told their residents to stay at home, while Germany's Bavaria became the first region to impose a complete lock-down. As on Saturday, Germany has reported 19,848 cases and 68 deaths.