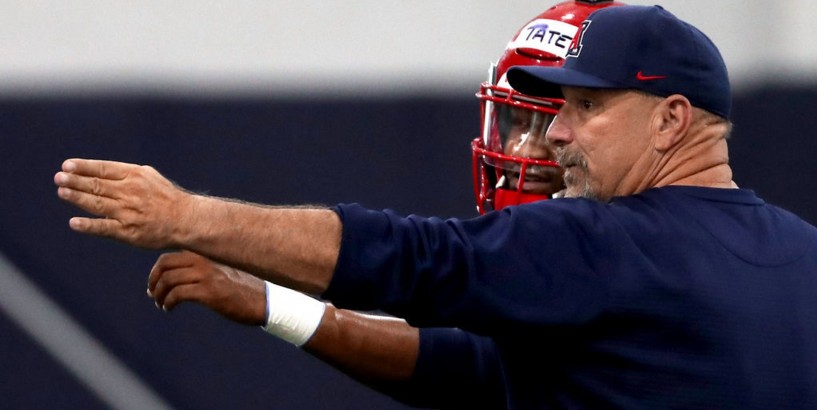 When he addressed his team after practice Wednesday night, one of Kevin Sumlin’s talking points was the Arizona Wildcats’ red-zone efficiency — or, should we say, inefficiency.

Arizona led the Pac-12 in total yards last season yet ranked 11th in touchdown percentage inside the opposition’s 20-yard line. Correspondingly, the Wildcats ranked second in the conference in field-goal attempts.

“Which is not a great stat to have,” junior tight end Bryce Wolma noted.

As a result, red-zone offense has been a “big focus” for Arizona during the first week of training camp, Wolma revealed.