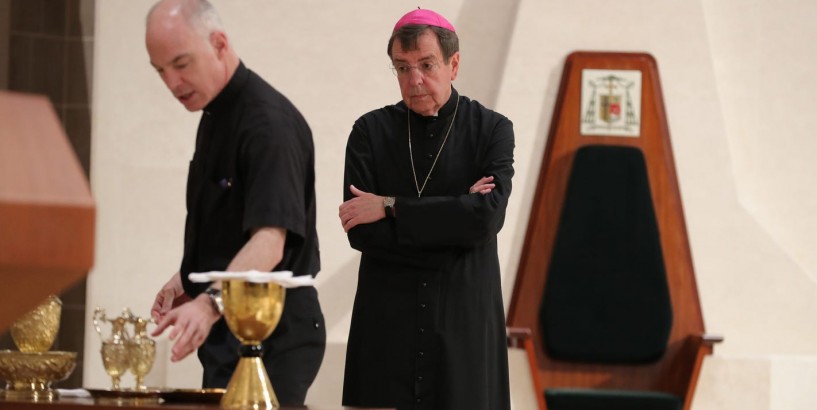 Archdiocese of Detroit: Still no meat on Fridays amid pandemic

Life and daily practices across the country have changed. For some, key components of religious practices have been adjusted now, too. A collection of bishops across the country have eliminated the no-meat on Fridays obligation during Lent. The Archdiocese of Detroit said no such decisions have been made but the situation is being watched. "At this point, Archbishop Vigneron has not given a dispensation from the obligation to abstain from meat on Fridays during Lent," Archdiocese of Detroit spokeswoman Holly Fournier said in a statement. "With two Fridays left after today, he continues to monitor the situation." The decision from the archbishop will be made if pastors and others within the community indicate abstaining from meat is a hardship in the current environment, Fournier said. Lent, a Roman Catholic tradition, spans from Ash Wednesday Feb. 26 to Good Friday on April 10 and includes abstaining from meat on Fridays. Thom Mann, co-founder of Detroit Mass Mob , said he has been practicing Catholicism since he was a kid and the core of his practices has not changed, even as the spread of COVID-19 has upended life across the board. Through his Facebook groups Detroit Mass Mob and Catholic Mass Mob, Mann said he is connected with a large population of the Catholic community and have not seen anyone say they have elected to eat meat at this time. "There are people who are struggling a little bit (with Lent) who might not have what they normally have at home so you get creative a little bit," Mann said. The loss of the Detroit area fish fries , of which Mann said he attends as many as three on a single Friday during Lent, are hard to cope without. "Well I am freaking out right now, because I don't have anything to do on Fridays. They are all closed, some of them don't have carry out because they only have a few people working there... So I am home. Unfortunately I am probably eating too much and sleeping too much." Kathy Samul, who attends Gesu Catholic Church, said she is still practicing abstaining from meat on Fridays during Lent but is sad to not be celebrating Easter and Good Friday with her community as usual. Samul will also have to wait to mourn and celebrate the lives of three parishioners who have died recently. "It is really sad not to be able to be with our community to mourn them and to have to just see their picture online," Samul said. "And knowing that some day in the future we will be able to celebrate their life in a different way, but it is very, very sad." Meredith Spelbring is a news intern with the Detroit Free Press. Reach her at mspelbring@freepress.com or on Twitter @mere0415.