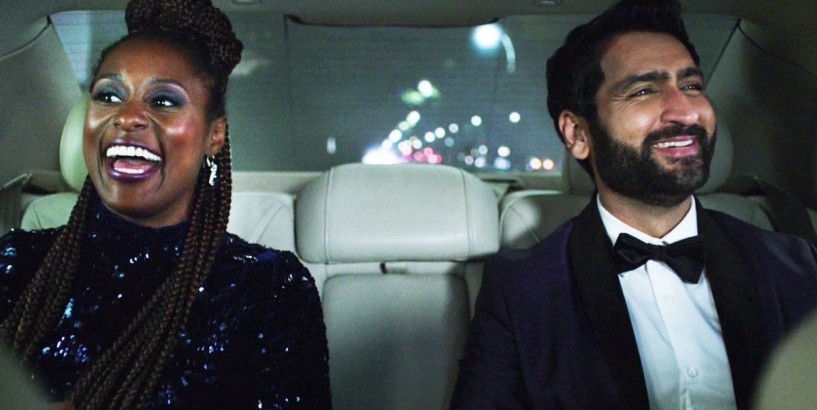 If you saw the trailer for “The Lovebirds” and thought it looked like a cute, competent, decent but not necessarily groundbreaking rom-com, congratulations, you were right. The film, starring Issa Rae and Kumail Nanjiani, was originally slated for theatrical release in April, until the coronavirus pandemic forced it to be shelved. Eventually, it was sold to Netflix , where it is set to premiere Friday.

The film follows Leilani and Jibran, a New Orleans-based couple who, four years into an initially sweet romance, are facing some roadblocks in their relationship. Leilani thinks Jibran is unmotivated. Jibran thinks she’s too obsessed with what other people think of their relationship. At an impasse, they decide to call it quits — only to, minutes later, witness a violent crime (a stranger hijacks their car and runs over a man multiple times). The rest of the movie is a series of antics and high jinks as the pair goes on the run and tries to find out who the real killer is. It’s a cute premise for a rom-com: A couple on the rocks rekindles their dying relationship by trying to solve a murder and clear their names.

But is it funny? Often, yes.

Once you can get past the fact that there’s no real on-screen sexual chemistry between the two, more of a charming platonic affinity punctuated with looks of supposed longing and two kisses, “The Lovebirds” works. Rae and Nanjiani’s comedic strengths and quirks shine when they are given the ability to lean into the qualities we’ve grown to know and love them for in other projects: deadpan sarcasm and zany awkwardness. When the film veers too far away from their comfort zones — for instance, Rae doesn’t have a knack for physical comedy — it falters.

It’s significant that “The Lovebirds” is a comedic romantic film starring a Black woman and South Asian man in love; it’s hard to think of any other movie in recent memory that ticks all those boxes. But the comedy isn’t necessarily driven by racial humor, at least not the overt, obvious sort. Instead, the film excels in a refreshingly subtle way. At one point, Jibran and Leilani see a police officer eyeing them from a squad car as they wait for an Uber in a parking lot at night.

The cop slowly drives past, then away, all the while staring them down. The couple breathes a sigh of relief.

It taps into a very specific experience which, lo and behold, actually makes the movie funnier. There’s an implicit dark humor in Leilani and Jibran ultimately not going to the cops with their story because they just assume they’ll be blamed for the murder they did not commit. They never have to come right out and say that to each other, which works. If this movie starred a white couple, it would probably still be fun to watch, but it would simply hit differently, in that respect.

One other thing, a little random but too striking not to mention (don’t read ahead if you don’t want the ending spoiled — though it is hard to exactly “spoil” this movie): Toward the end of the film, Leilani and Jibran find themselves in an interrogation room at a police station. They think they are about to be busted for the series of murders they’ve witnessed throughout the day, but the detective informs them they simply need to give a statement in an effort to catch the real culprit.

The detective gives them a funny look, smiles, and says, “Of course you didn’t do it. Why would two civilians violently murder a man they’ve never met? It doesn’t make sense!”

Everyone in the room bursts out laughing.

Principal photography began on “The Lovebirds” in January 2019, and ended in February 2019, a whole year before the killing of Ahmaud Arbery by Travis and Gregory McMichael.

Inadvertently, “Why would two civilians violently murder a man they’ve never met?” is one of the funniest moments in the movie, but also oddly the most prescient, highlighting not only the senselessness of Arbery’s tragic death, but the absurdity of the two individuals who killed him.

Beyond that, there are moments in the movie where you may find yourself wanting more and not getting it: more romance, more comedy, more plot. However, the trick to watching and enjoying “The Lovebirds,” and this is truly no shade, is to let go of wanting more and just accept it for what it is: fun, if a little predictable. As rom-coms go, it is not the best, but it is certainly not the worst, and in these “uncertain times” that’s as good as anything.