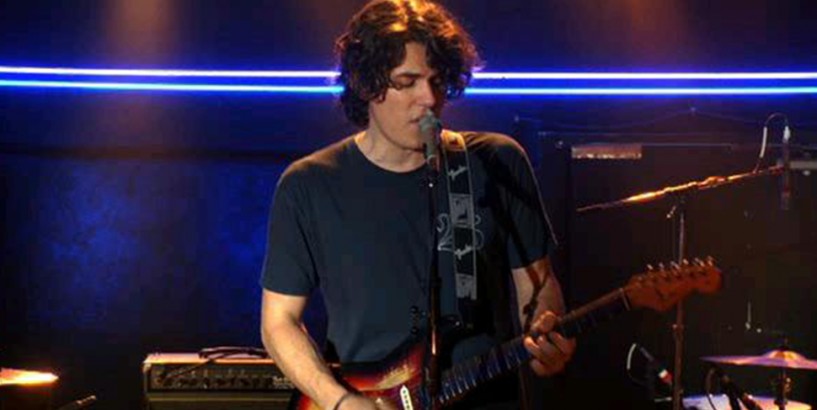 A rtists from The Deleted Years of the early 21st century produced some truly top-notch music. Unfortunately, the era's series of technological breakthroughs means that most of that music is gathering digital dust on a third generation iPod somewhere in your junk drawer. You may not have CD cases to remind you of these forgotten masterpieces, but don't worry—you have us. Subscribe to the Spotify playlist of Deleted Years music and keep the spirit of the mid-aughts alive.

“Burning In The Sun” by Blue Merle

In 2003, to have built right at the intersection of Coldplay and Dave Matthews Band seemed like a good investment. And it should have been! But despite early support from XM’s The Loft, Blue Merle’s debut album peaked at #199 on the Billboard Top 200. The whole album holds up beautifully, and if Lizzo’s “Truth Hurts” can hit #1 two full years after its release, maybe we can make its title track a hit in 2019. Fun facts: lead singer Luke Reynolds plays with Guster now, and this video might just be an ad for the 2004 Saturn Ion coupe.

“Pull Shapes” by The Pipettes

In the moment just before Amy Winehouse, a ‘60s influenced girl group made up of Rosay, Gwenno, and RiotBecki made not nearly enough of a splash. Their debut album “We Are The Pipettes” is irresistible, and the title track is the strongest introduction of a prefabricated new act since “Hey Hey We’re The Monkees.” Put it on, pull your most alluring shape, and mourn the fact that we didn't have a major pop star named RiotBecki.

“The Adventure” by Angels & Airwaves

At the dawn of the Deleted Years, Tom DeLonge of Blink-182 made the decision to leave the world’s biggest pop-punk band and devote himself entirely to…I guess space-emo? Take this one out with you on your next run and tell me he didn’t make the right choice.

“Lloyd I’m Ready To Be Heartbroken” by Camera Obscura

An answer song to Lloyd Cole’s 1985 “Are You Ready To Be Heartbroken” was never going to storm the American pop charts, but in the immediate wake of Belle and Sebastian, these Scots deserved better.

The best skater hip-hop track ever for a million reasons, but my favorite is that he says: “For a week he had to talk with a lisp, like thi ,” and says thi without a lisp. Kick, and push, and coast.

“Sewn” by The Feeling

Though we act like the age of the out queer pop star began five minutes ago with Sam Smith and Troye Sivan, The Deleted Years gave us plenty, among them Mika, most of Scissor Sisters, The Gossip's Beth Ditto, and The Feeling’s Dan Gillespie-Sells. The Feeling's debut album Twelve Stops and Home got good press and this single got airplay on whatever was left of alternative radio in 2006, but in 2019 we’ve lost the feeling.

“All My Days” by Alexi Murdoch

In the Deleted Years, plenty of young singer-songwriters were gunning for that Nick Drake spot, and I’d say Alexi Murdoch came closest. Ironically, the Nick Drake spot ended up going to the late Nick Drake himself after Volkswagen put “Pink Moon” in a Cabrio commercial.

Twelve years after breaking out as teenagers with 1995’s “Tomorrow,” Silverchair returned with one of the best singles of the decade. It’s their biggest hit in their native Australia, but in the States, it’s lost in the memory hole.

“Bigger Than My Body” by John Mayer

Mayer’s music and his mouth have kept him in the conversation since 2001’s Room For Squares , but the first single from his second album Heavier Things — released as it was between his most problematic singles “Your Body Is A Wonderland” and “Daughters”— doesn’t get nearly enough attention.

Jermaine Dupri liked this one enough to sign Fox to Island Music, yet as much fun as it is, it never quite caught on. Bonus points for sounding like something DJ K-Sly would have played on the equally-forgotten syndicated afternoon TV dance-off Dance 360 .

"All my life," Johnny Borrell and the rest of post-Britpop Razorlight sang in 2006, "there's trouble in America." I was in a pub in London on New Year's Eve of that year, and the Brits bellowed every word when it came on just after midnight. This is a great song that leaves me with two main takeaways: 1) America could maybe have a better sense of humor about how we come off to British people, and 2) Razorlight hadn't seen nothing yet.

This is the song to which Ed Sheeran openly owes his entire sound. Nizlopi will have to live with that, but the rest of us are left with this truly beautiful, emotionally devastating four minutes of joyful folk. It was a surprise No. 1 hit in the U.K,, and if you love, admire, or miss your father, the air is about to get dusty. Prepare accordingly.