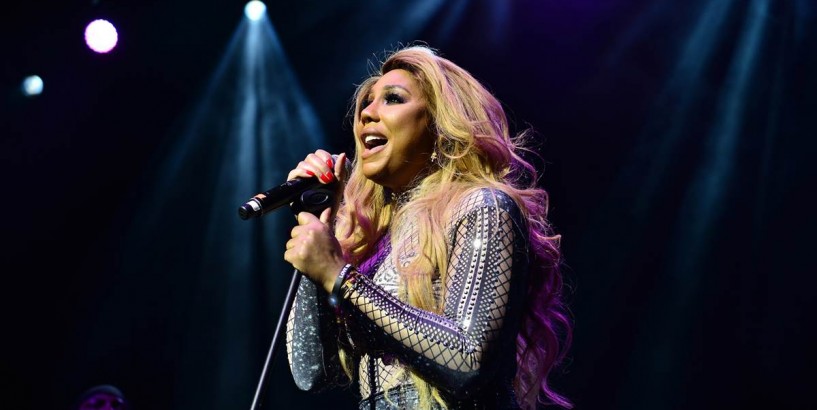 Singer and reality television star Tamar Braxton said she's on a "path to healing" following reports she was rushed to the hospital earlier this month after a suicide attempt. Braxton, 43, posted a lengthy message on her Instagram page Thursday night calling out what she described as the toxic culture and "systemic bondage" of the reality TV business.

"Over the past 11 years there were promises made to protect and portray my story, with the authenticity and honesty I gave," she captioned a post that included a photo of her and her son, Logan Herbert.

"I was betrayed, taken advantage of, overworked, and underpaid. I wrote a letter over 2 months ago asking to be freed from what I believed was excessive and unfair. I explained in personal detail the demise I was experiencing. My cry for help went totally ignored," she wrote.

Braxton was taken to a hospital on July 16, after Los Angeles police responded to an emergency call from her Ritz-Carlton Residences in downtown Los Angeles, Variety reported .

In her Instagram post, Braxton said that she began to witness "the slow death of the woman I became" as a result of being in the reality TV industry.

In a statement to NBC News on Friday, WeTV said it had severed ties with Braxton. Variety was first to report the news.

“Tamar Braxton has been an important part of our network family for more than a decade. As she focuses on her health and recovery at what is clearly a difficult and personal time, we will work with her representatives to honor her request to end all future work for the network," the company said. "We wish her nothing but the best.”

Braxton stars on the WeTV show "Braxton Family Values" with her mother and sisters, including singer Toni Braxton. She had a spinoff show called "Tamar & Vince" with her husband, music executive Vincent Herbert. The show ended in 2017, the same year the couple filed for divorce after nearly nine years of marriage.

The "Love and War" singer is also slated to appear on another spinoff, "Get Ya Life." WeTV said in a statement Tuesday that the premiere was delayed until September.

"I felt like I was no longer living, I was existing for the purpose of a corporation's gain and ratings, and that killed me," Braxton wrote Thursday. "Mental illness is real. We must normalize acknowledging it and stop associating it with shame and humiliation."

"It was only God’s grace and his mercy on my attempt to end my pain and my life that I am here to utilize my voice," she added.

Braxton said she wanted to share her struggles in hopes that it inspires someone else. Braxton ended the post by saying she is on "an irreversible path to healing."

If you or someone you know is in crisis, call the National Suicide Prevention Lifeline at 800-273-8255, text HOME to 741741 or visit SpeakingOfSuicide.com/resources for additional resources.