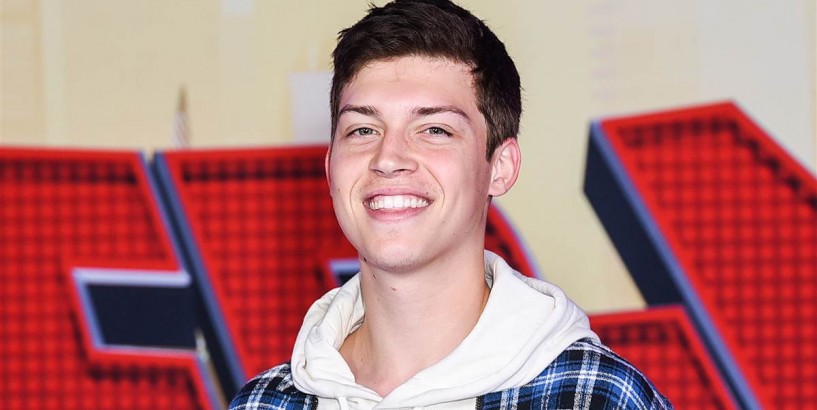 Garcia's lawsuit also alleges that the manager "groomed Garcia into his personal sexual plaything that could be passed around to his friends in the business."Actor and Forever in Your Mind boy band member Ricky Garcia has accused his former manager of raping him repeatedly for years and other Hollywood executives of sexually assaulting him. A lawsuit filed in Los Angeles Tuesday on Garcia's behalf alleges that talent manager Joby Harte raped Garcia, 20, while he represented him and helped him gain fame over the course of several years, beginning when Garcia was 12 years old.

The suit, seen by NBC News, also alleges that Harte "groomed Garcia into his personal sexual plaything that could be passed around to his friends in the business," including talent manager Nils Larsen and Tyler Grasham, who was fired from the Agency for the Performing Arts in 2018 after a filmmaker accused him of sexual assault.

Grasham has not publicly addressed the 2018 allegations, but the Los Angeles district attorney’s office declined to prosecute him based on a lack of evidence and the statute of limitations, the Los Angeles Times reported.

"Harte sexually assaulted Mr. Garcia on an almost weekly basis, and also made him available to be abused," said the suit which alleges Harte had on numerous occasions gotten Garcia blackout drunk and raped him. Garcia would wake up naked and confused, the suit said. Harte assaulted Garcia on trips, after parties, at the manager's home, and at spas, the suit said.

Garcia, who appeared on Fox's "The X Factor," starred on the Disney Channel comedy "Best Friends Whenever" and costarred in the film "Bigger Fatter Liar," believed that "if he disclosed what happened to him, he would lose his career, friends, band mates and family," the suit said.

But in 2018, suffering from "immense shame and embarrassment," Garcia told Harte's former assistant about the years of alleged sexual abuse. The assistant told Garcia's mother.

When Garcia's mother confronted Harte, he told her that the abuse was "just horseplay," the suit said. But he also admitted that he "did not behave like an adult."

The suit alleges that "Mr. Garcia's traumatic experience of being sexually victimized and preyed upon by Harte — and others — wreaked havoc on his relationships with family and friends, and ultimately drove Mr. Garcia to take a hiatus from the industry just at the moment his career should have been on the ascend as one of Hollywood's preeminent young celebrities."

"Mr. Garcia has bravely stepped forward to join the #metoo movement , to reclaim his dignity and declare that victims like him must be heard," his attorneys, Michael S. Popok and Ben Meiselas, said in a statement.

Garcia is seeking punitive and compensatory damages. His lawyers did not respond to messages asking if he had contacted the police about the alleged assaults.